Axie Infinity price continues to consolidate, trading in a tight range between $71.71 and $63.21 for the past six trading days. Unfortunately, the Tenkan-Sen and Kijun-Sen have prevented bulls from pushing Axie Infinity higher.

Axie Infinity price is currently trading against its final support level in the Ichimoku system. The top of the Cloud (Senkou Span A) at $61.40 is the last support level before a move to the bottom of the Cloud (Senkou Span B) at $43.70. Thus, the likelihood of a capitulation move was somewhat thwarted as long as bulls maintained a price level that kept the Chikou Span above the candlesticks. Unfortunately, bulls have failed in this endeavor and despair may soon kick in.

With the Chikou Span dropping below the candlesticks, bearish action for Axie Infinity price over the next few weeks is more likely now than it has been in over five months. Bulls had some hope that as the Relative Strength Index moved to the first oversold level at 40, price would have a responsive move higher. This has not occurred. Instead, the Relative Strength Index has constricted and formed its own bearish continuation pattern. The Composite Index, likewise, continues to drive further south with no immediate supportive crossing event ahead. If a -37% move occurs, it will likely occur with extreme speed as there is almost no trading volume between $61.80 and $46. 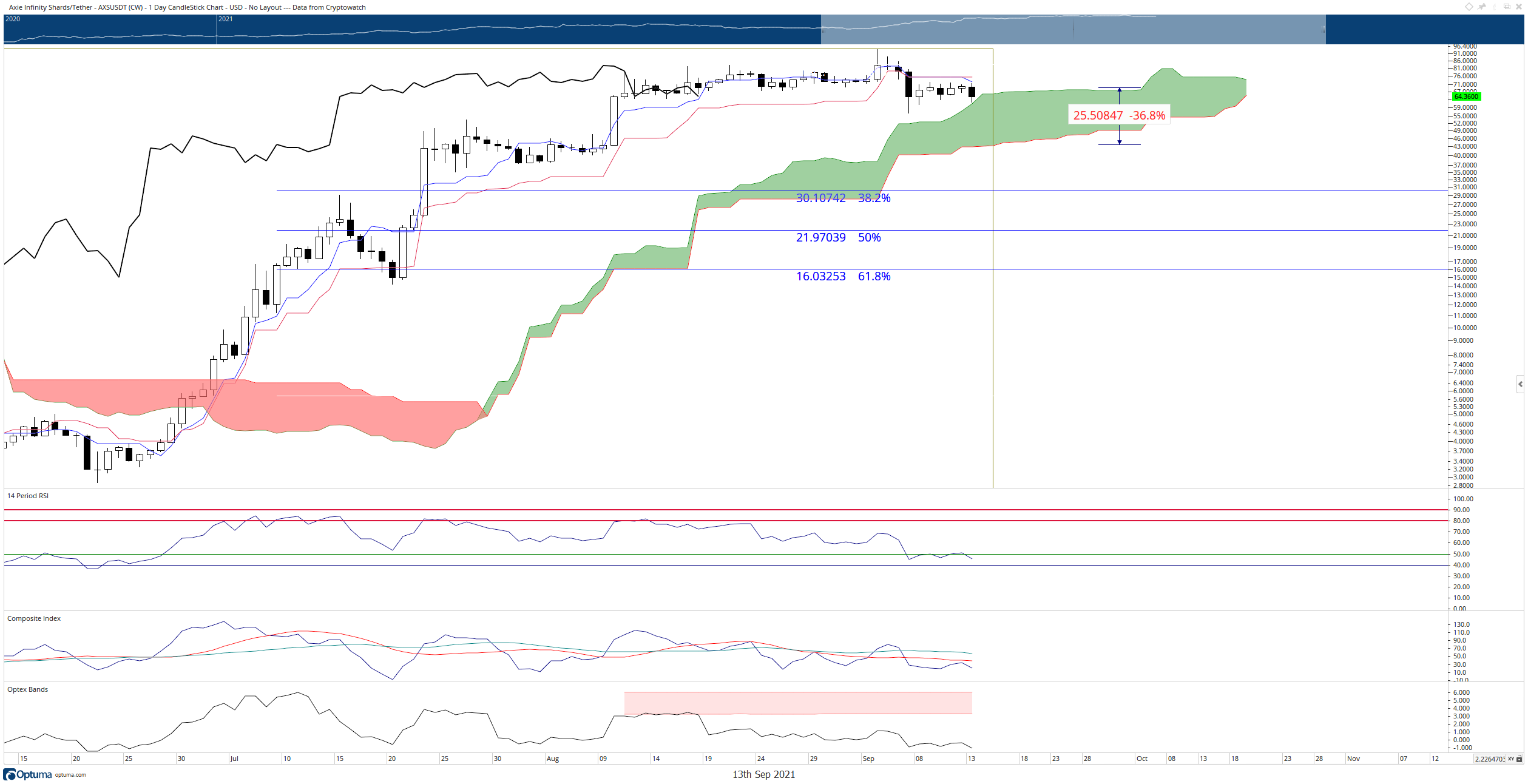 Bears will want to monitor the Optex Bands closely as they are about to enter into oversold territory. Once the Optex Bands have become oversold, then supportive price action may occur. Bulls will need to hold Senkou Span A as a support zone to prevent any further selling pressure. A bull market resumption can occur if bulls push Axie Infinity price to a close above $77.40.