Cardano price surged from $0.96 to $1.20 between February 10 and February 20, forming a higher high. Drawing a trendline between the swing highs and the swing lows shows the formation of an ascending parallel channel.

ADA has dropped nearly 13% after getting rejected from the channel’s upper trendline. Now, a downswing can be expected to the middle or lower trendline. 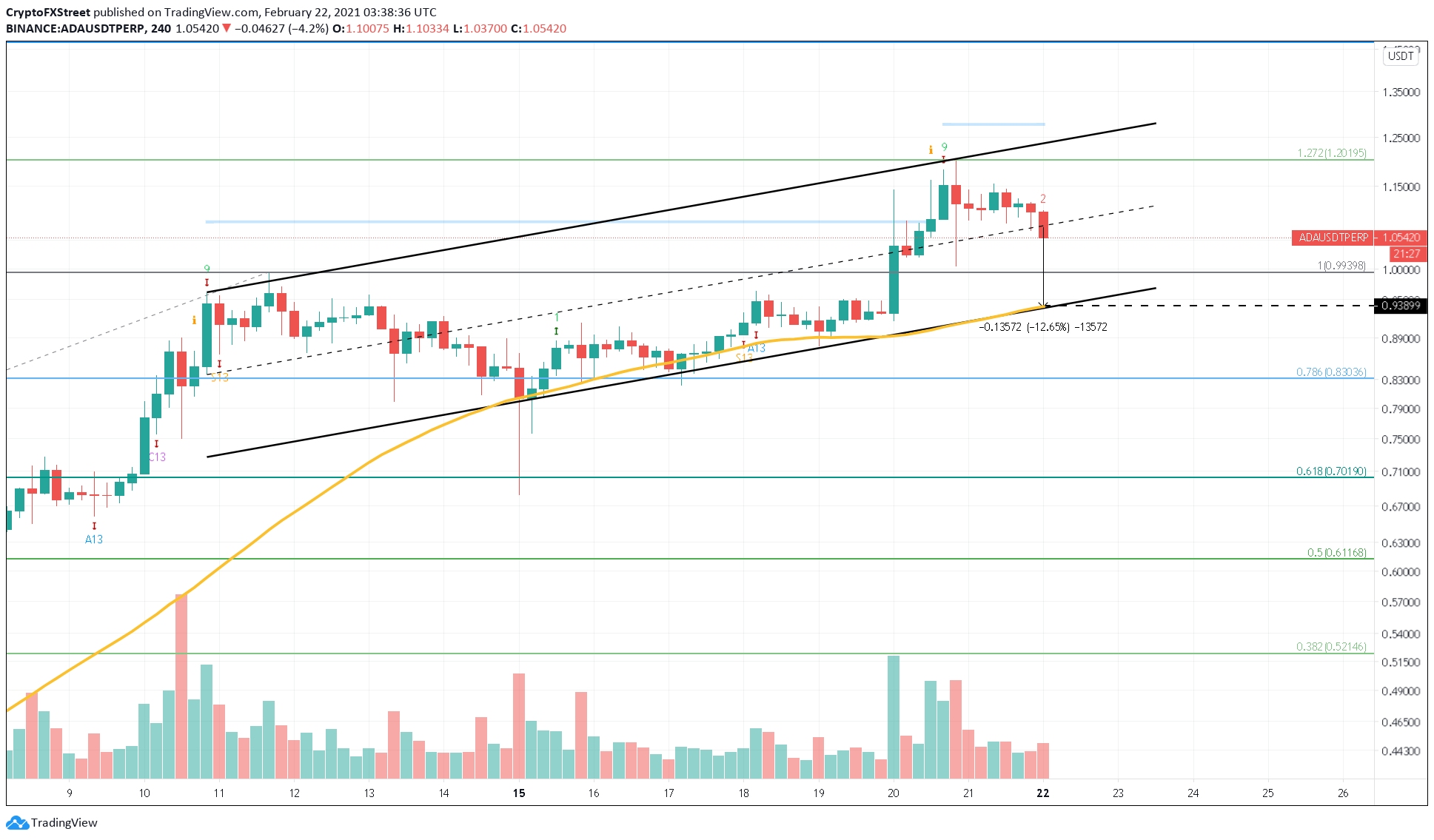 IntoTheBlock’s In/Out of the Money Around Price (IOMAP) model supports such a bearish thesis. The on-chain metric shows that 47,500 addresses had purchased roughly 1.32 billion ADA around $1.06.

Thus, a 4-hour candlestick close below this level will put these investors “Out of the Money,” inducing a spike in selling pressure.

In such a case, Cardano price could slide down towards the channel’s lower trendline at $0.93, which also coincides with the 50 four-hour moving average (MA).

It is worth noting that the IOMAP also shows that 42,500 addresses purchased 2.38 billion ADA at an average price of $1.10. Therefore, a 4-hour candlestick close above this supply barrier could invalidate the bearish thesis and start a new uptrend.

Under such circumstances, Cardano price could retest its all-time high at $1.20.