The pair has been restricted to a narrow range defined by the 50-day Simple Moving Average (SMA) and 100-day SMA since Feb. 4. 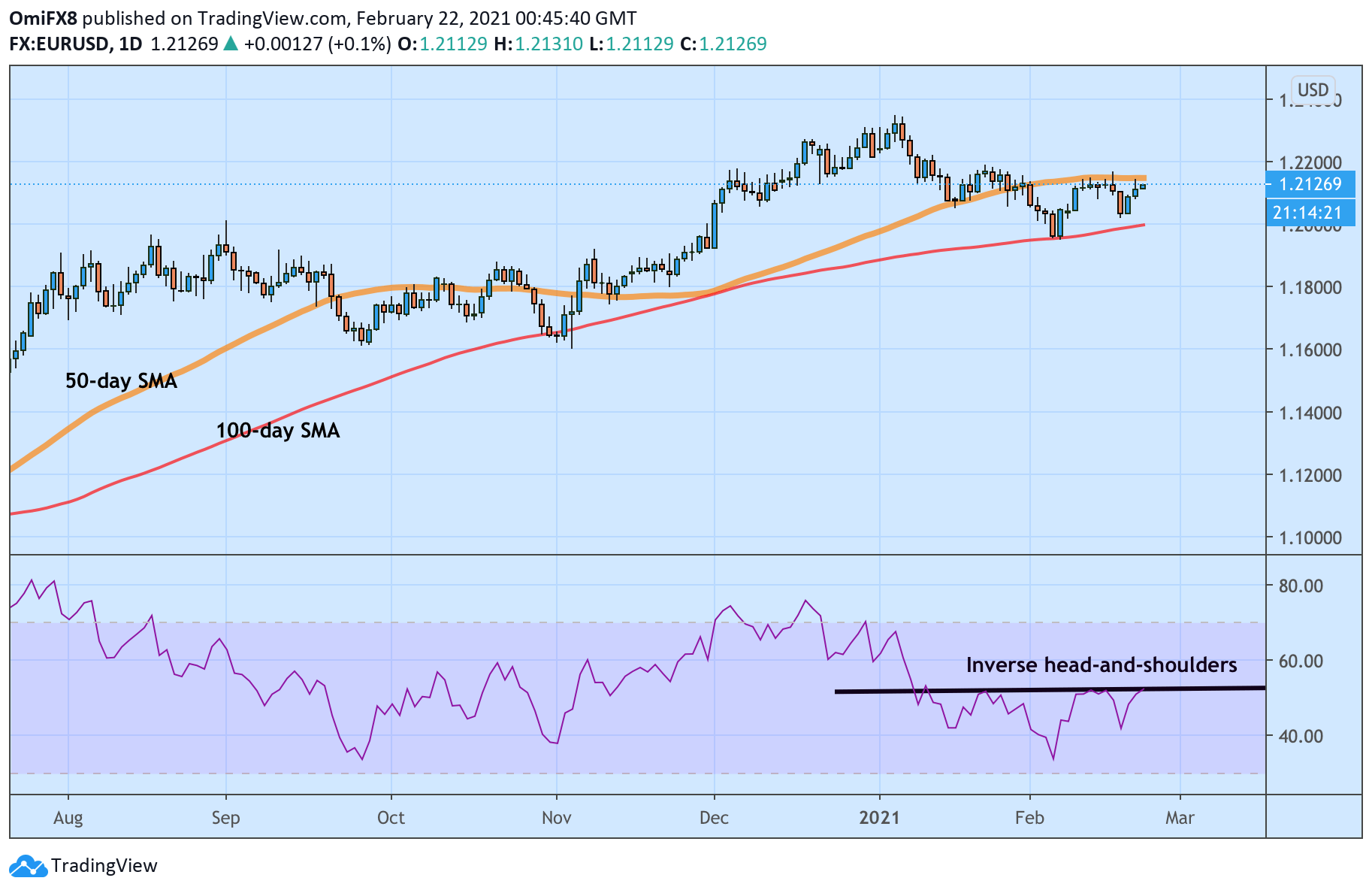