The Ontology price is in a pickle as technicals point to a correction while on-chain metrics suggest a more positive outlook.

The Ontology price has set up three higher highs and two higher lows since February 14. A rising wedge pattern forms if one were to draw trend lines that connect these swing points.

This technical formation has a bearish bias that triggers if ONT slices through the lower boundary at $1.59.

However, if the bulls rescue ONT at $1.59, the pessimistic outlook could be postponed. A new uptrend could evolve if the buyers can manage a decisive close above the 127.2% Fibonacci extension level coinciding with the Momentum Reversal Indicator’s breakout line at $2.15.

This move would invalidate the bearish outlook and kickstart a 17% upswing to $2.53. If the buying pressure persists, a 25% surge could place ONT at $3.17, which coincides with the 161.8% Fibonacci extension level. 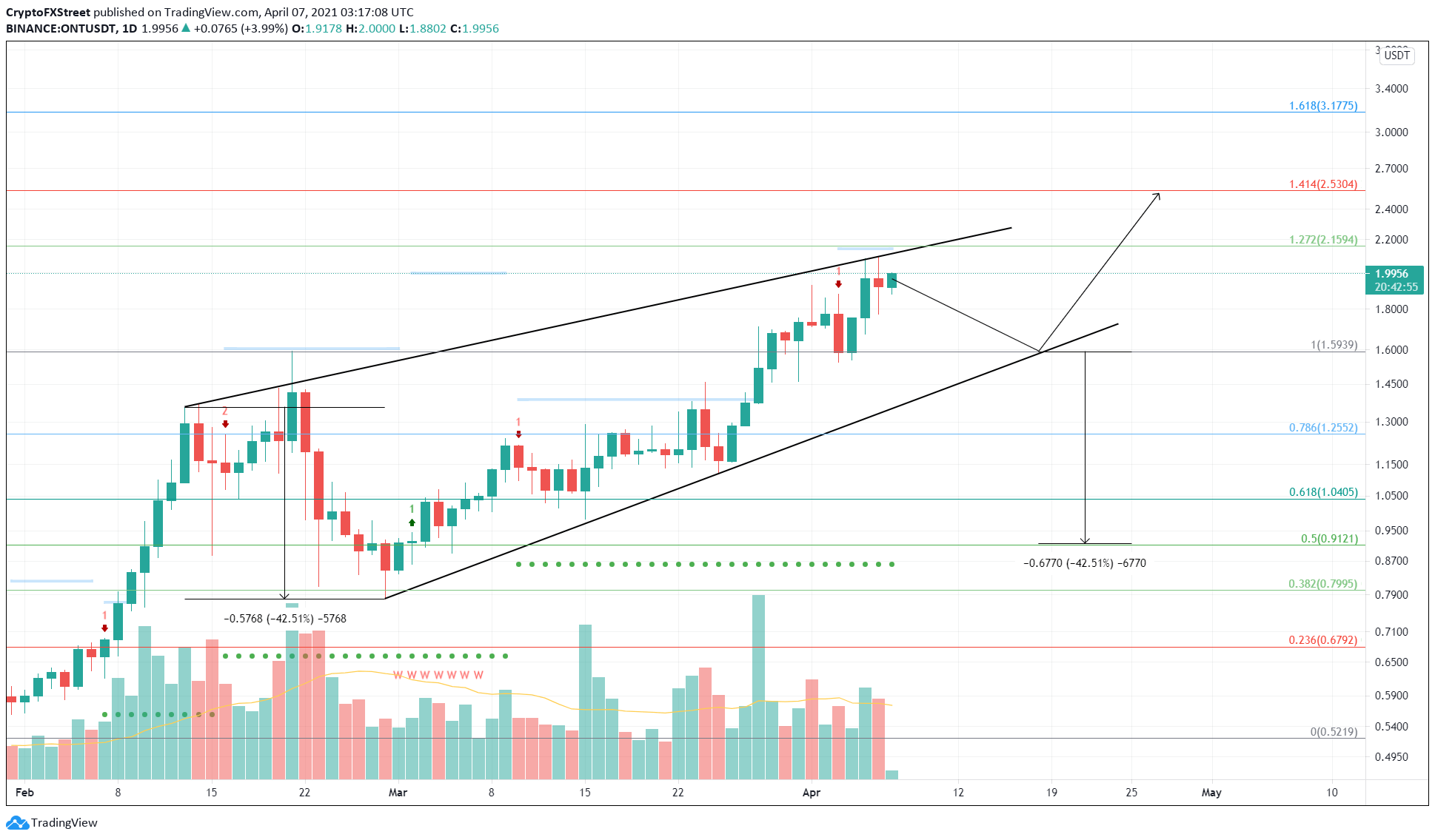 Adding credibility to the bullish outlook is the 138% increase in new addresses joining the Ontology blockchain. About 977 new addresses have joined the ONT network today, indicating their interest in the cryptocurrency at the current price levels.

Moreover, the number of transactions worth $100,000 or more has skyrocketed from 3 on March 5 to 79 as of this writing. This stark surge in whales could be interpreted as a proxy to their investment interest, thus painting a bullish picture for the Ontology price.

The optimistic scenario depends on bulls rescuing ONT after a 16% retracement to $1.59. A decisive close below the aforementioned level will signal a breakout from the rising wedge pattern.

In such a scenario, the technical formation forecasts a 42% crash, determined by measuring the pivot high and low distance and adding it to the breakout point. This move places the Ontology price at $0.915.