You are here: Home / Forex trading / AUDUSD Forecast: Holding on to gains above 0.6500 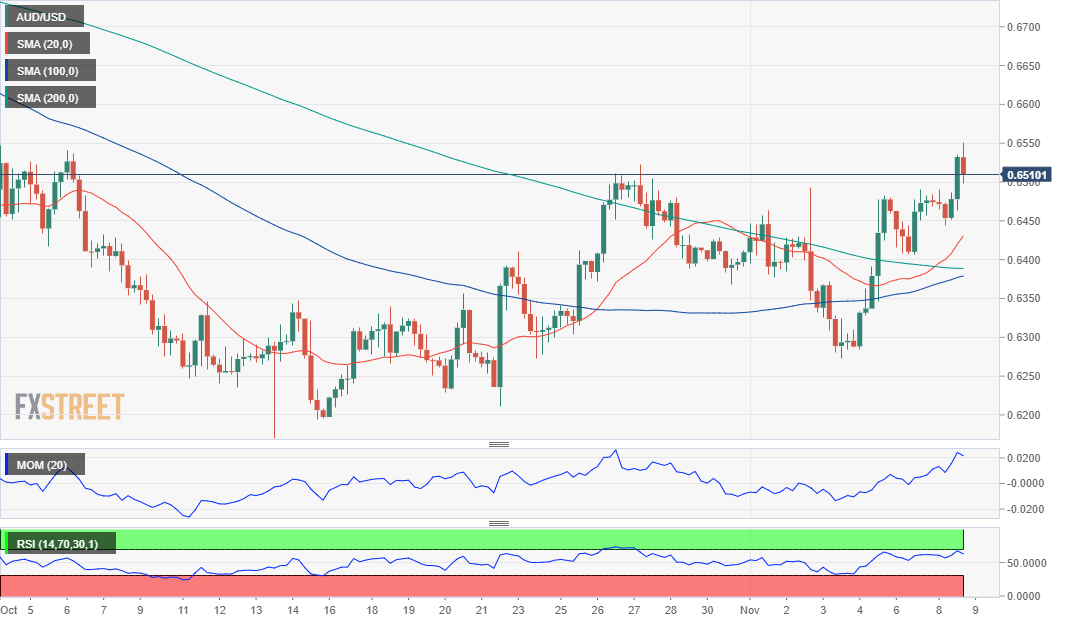 The Australian Dollar benefited from the greenback’s sell-off, with the AUDUSD pair surging to 0.6550, its highest since late September. US indexes rally as investors await the outcome of the US mid-term election and the release of US inflation figures later this week. Overall, market participants are betting on a Federal Reserve pivot in monetary policy, although they are keeping an eye on a potential Republican victory in the US.

The country will not publish macroeconomic figures on Wednesday, with the focus on Chinese inflation data. The October Consumer Price Index is foreseen at 2.4% YoY, while the Producer Price Index for the same period is expected to have contracted by 1.5%.

The AUDUSD pair is up for a third consecutive day, and technical readings in the daily chart favor another leg north. The 20 SMA gains upward traction below the current level, while technical indicators accelerated their advances within positive levels, maintaining their bullish slopes. The longer moving averages, however, keep heading lower well above the current level, with a bearish 100 SMA providing dynamic resistance at around 0.6715.

The 4-hour chart shows that the 20 SMA has surged almost vertically above the longer ones, reflecting the intraday advance and skewing the risk to the upside. Technical indicators, in the meantime, retreated from overbought readings but remain well above their midlines, falling short of suggesting an upcoming slide.

View Live Chart for the AUDUSD