You are here: Home / Forex trading / AVAX Price Prediction: Traders bet should be on Avalanche bulls triggering a 15% rally

AVAX price has broken out of a critical hurdle and pattern, signaling the start of a quick run-up. However, bulls currently face another blockade that needs to be overcome to trigger an extended rally.

AVAX price action between November 11 and December 2, created an inverse head-and-shoulder setup. This technical formation forecasts a 13% upswing to $14.83, obtained by measuring the distance between the head’s lowest point and the neckline and adding it to the breakout point at $13.

Since AVAX price breached this setup on December 2, it has attempted to continue its ascent to $14.83, but has failed. This failure can be attributed to lack of momentum as it faces the $13.91 hurdle. Overcoming this barrier will allow AVAX price to not only reach its target but also eye a retest of the $15.94 resistance level. 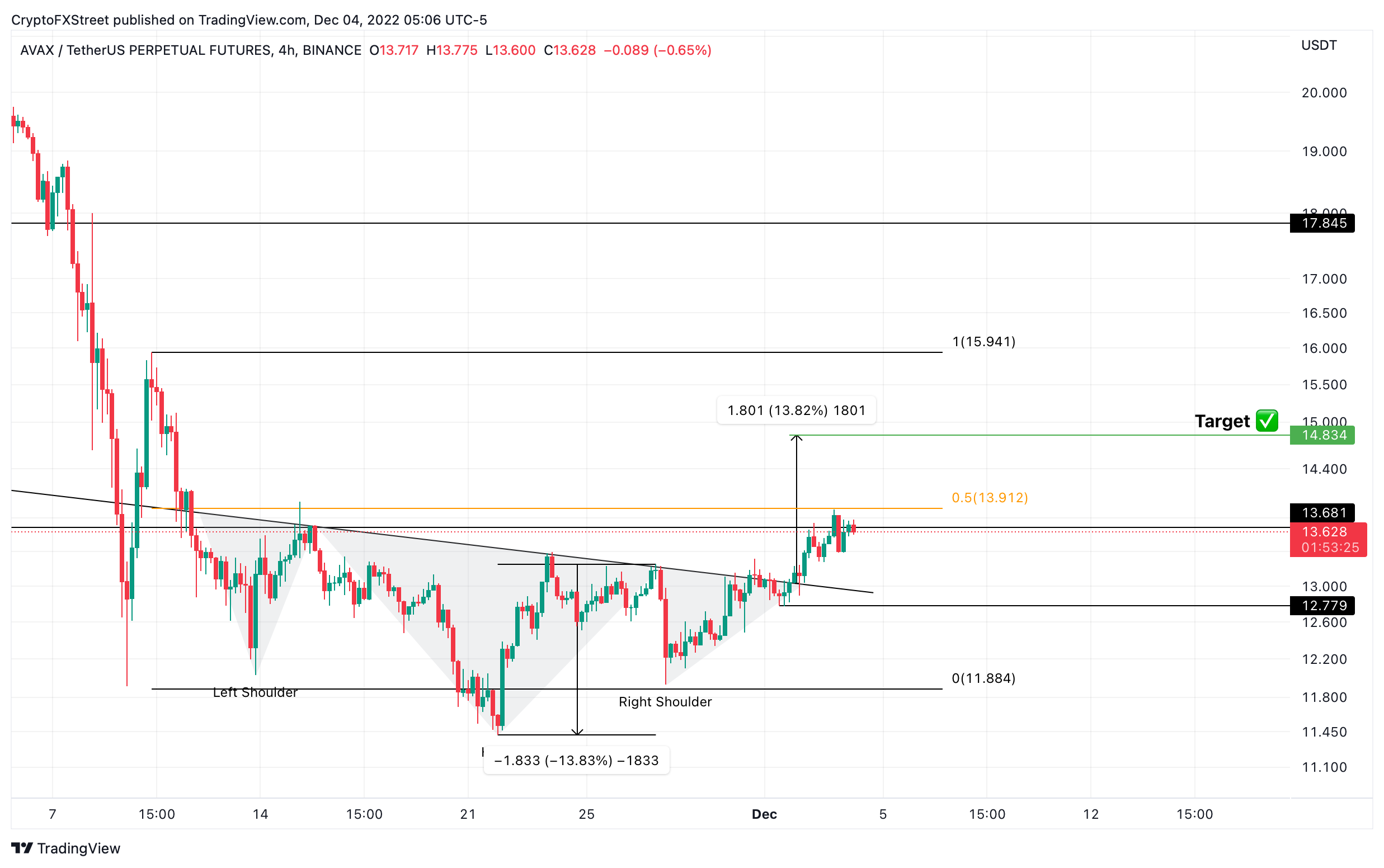 While the bullish outlook makes logical sense, investors need to consider the possibility of AVAX price lacking bullish momentum. Rejection at $13.931 could be the first sign of weakness, but a breakdown of the $12.77 level will invalidate the bullish thesis.

Due to the creation of lower low, bears are likely to step up, triggering AVAX price to slide lower and retest the $11.88 support level.