You are here: Home / Forex trading / AVAX price rally comes to a grinding halt despite Amazon partnership and addition of USP stablecoin

AVAX was chosen by Amazon Web Services (AWS) to develop blockchain solutions for enterprises and governments. AVAX is now an AWS partner and fully supports the smart contract’s infrastructure and dApp ecosystem.

AVAX, the smart contract network, witnessed two bullish catalysts over the past week. The network announced AWS’s integration of AVAX blockchain solutions for solving business problems for enterprises and governments.

Avalanche’s infrastructure and dApp ecosystem lured the giant AWS; the network announced the partnership in a recent tweet:

The smart contract network officially confirmed that it would support USP stablecoin, created by Platypus DeFi. AVAX confirmed that the stablecoin would be in Avalanche’s main pool, which plays a key role in USP’s stability.

Adding the stablecoin to Avalanche’s ecosystem could drive the demand for the native token of the smart contract network, AVAX. The stablecoin’s rollout could facilitate the utility of the network. Experts believe this could fuel the demand for AVAX.

Despite the two bullish catalysts, Avalanche’s price failed to recover from the recent pullback. AVAX price dropped 8% in the 24 hours between January 14 to 15, 2023, after yielding massive 36.5% gains over the past week. Avalanche’s hourly engagements hit 11.6 million, the highest point in the last 90 days, based on data from crypto data aggregator Lunar Crush.

AVAX failed to sustain its upswing, the downside target for the native token of the smart contract network is $15.06, a key resistance level for the Avalanche. 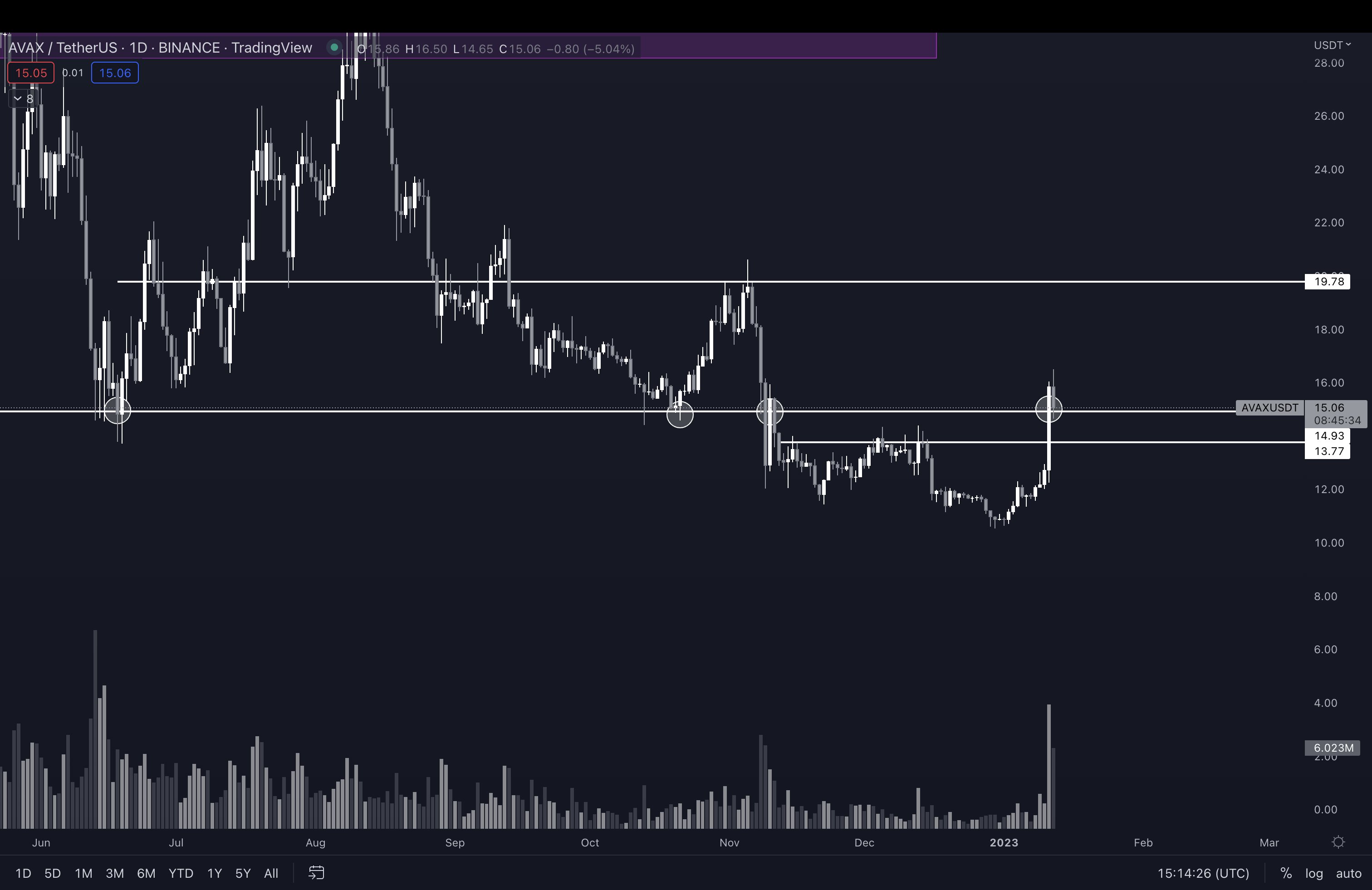 The chart above shows that AVAX pulled back despite its recent uptick.