Some altcoins listed on Binance, one of the top crypto exchanges by volume, experienced massive volatile spikes. Some of these tokens rallied as much as 90% in a few minutes.

Binance altcoins explode, but not a hack

On December 11, some of the altcoins on Binance saw a massive run-up that nearly doubled the value of the tokens in under a few minutes. Due to this unusual behaviour from Sun token (SUN), Ardor (ARDR),Osmosis (OSMO), Fun Token (FUN) and Golem (GLM) the exchange suspected if it was compromised. Additionally, the centralized platform locked withdrawals of some of the accounts that profited from these altcoin pumps. 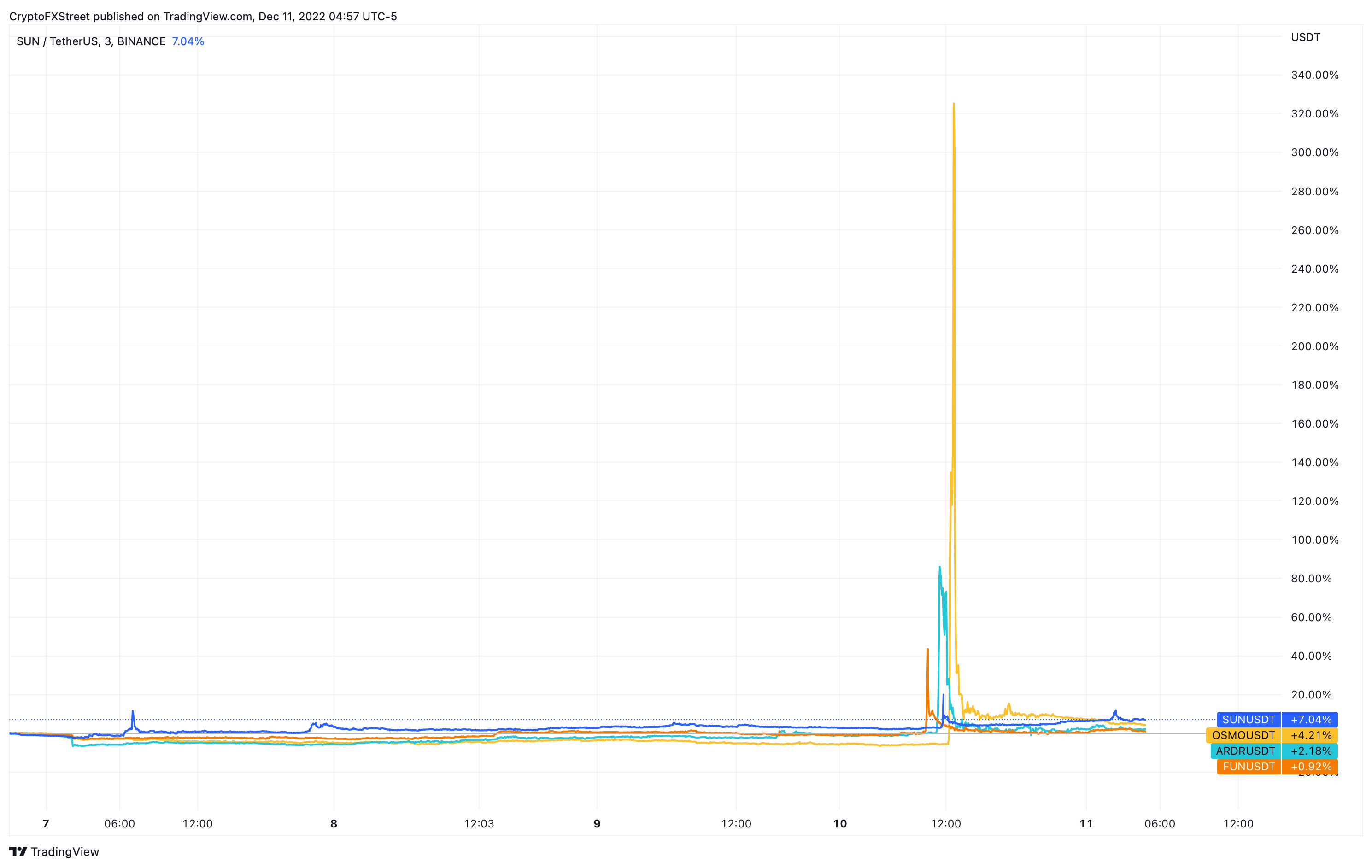 Binance CEO and co-founder, Changpeng Zhao (CZ) tweeted that they had to “temporarily lock withdrawals on some of the profiting accounts.” The exchange confirmed in a different tweet that the funds were SAFU and that none of these accounts had their API keys compromised.

Shortly after, CZ put out an official statement saying that the exchange or the accounts were not hacked and that this was “market behavior.” He further attests to the fact that one of the accounts that profited “deposited” into the exchange and that hackers “don’t deposit.”

Additionally, CZ clarified that they did not want to intervene too much.

We are aware of the concept of too much intervention from the platform, “too centralized” attacks, etc. There is a balance to how much we should intervene. Sometimes, these happen in free market, and we need to let it play out.

These altcoins saw an upward of 90% gains in few minutes but are currently on a swift downtrend, indicating that this was just a short-lived rally and unlikely to last in the short-to-mid-term.