Bitcoin, the largest asset by market capitalization, has witnessed a consistent decline in its volatility over the past eight weeks. Despite declining activity on the Bitcoin network, analysts have identified a potential bottom at the $16,800 level and believe that BTC is likely to hold its ground at this volume point of control.

Experts have identified a new 100-week point of control below the $17,000 level. @TrendRidersTR, a crypto analyst and trader identified the $16,800 level as a key BTC price support zone. 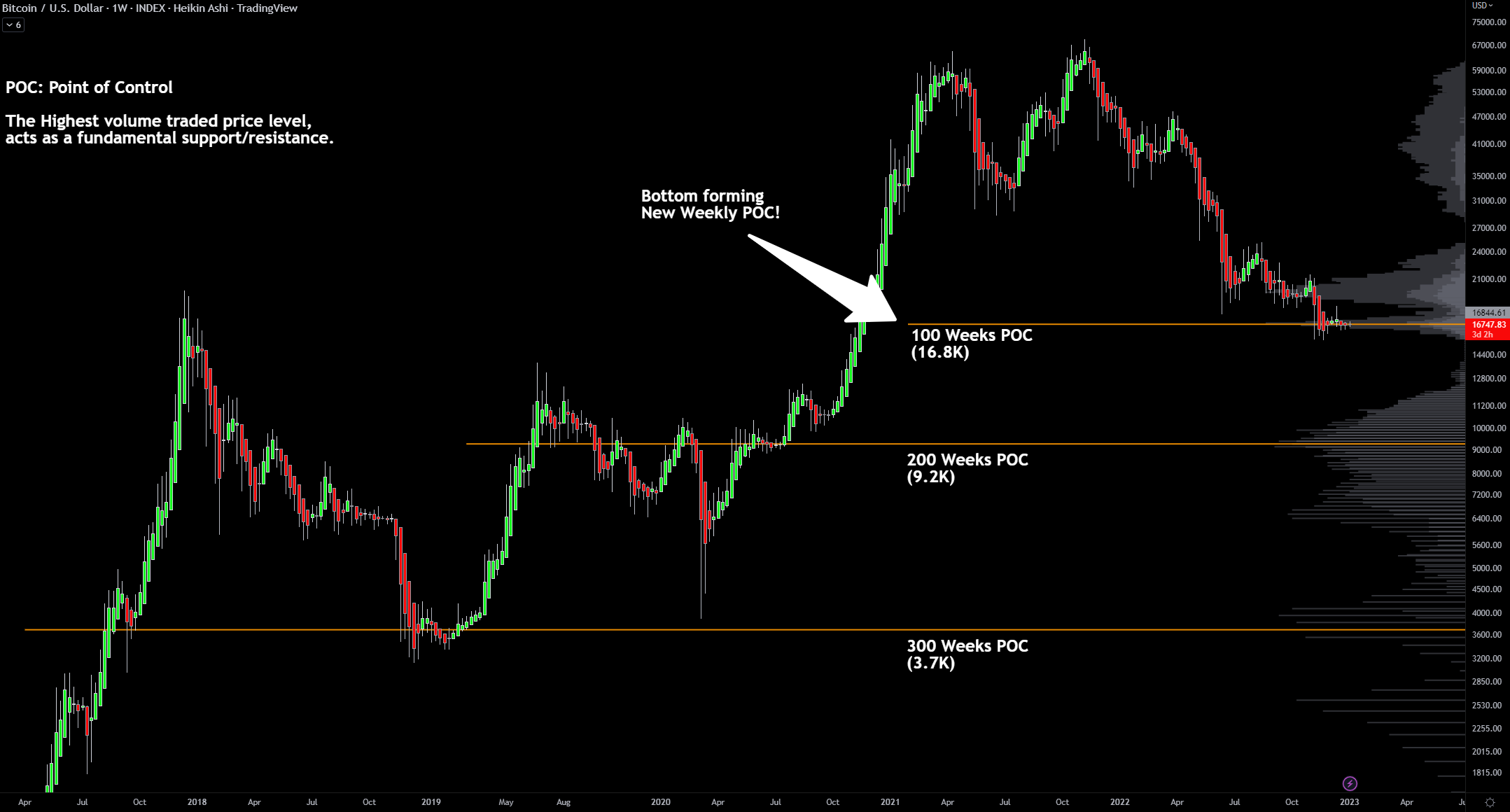 The largest asset by market capitalization has been trading in an increasingly narrow trading range since the FTX saga in November 2022. Contrary to popular belief, Bitcoin price could continue its climb against the USD.

The expert was quoted:

~16.8K is the new 100 Weekly POC for Bitcoin. In simple terms on the last 100 weeks this is the level where most volume has been traded, which is creating a potential bottom formation.