You are here: Home / Forex trading / Bitcoin price sees US dollar weakness being squared by a dented trust in crypto’s

Bitcoin (BTC) price is set to close the week with a small gain as bulls try to defend the low for 2022 after several bearish forces were back to scatter any hopes for a rally in November. As if the FTX massacre was not enough last week, the missile accident in Poland reminded traders that risk is still lingering and could flare up any moment. With these developments, the tailwind that comes from the weaker US dollar gets fully cancelled by a lack of interest and trust from traders in cryptocurrencies.

BTC needs to brush up its image fast

Bitcoin price was on the cusp of trying to reclaim a large part of its incurred losses from last week when FTX fell out of the closet. Unfortunately, bulls could not hold the ground above the red descending trend line after a missile accident happened on Polish soil. This triggered a small fade that put BTC back between $17,000 on the top side and $16,000 on the low side.

BTC needs more elements to work in favour of the bulls if it ever wants to break out of the chains from the red descending trend line again. Next, the lack of interest is normal, as the risk of making a new low for 2022 is simply too close. Expect an undecided close by Sunday evening, with traders puzzled about what to do next as the number of tail risks is still too great for them to bring out the big guns and start trading big volumes in preparation for a bull run. 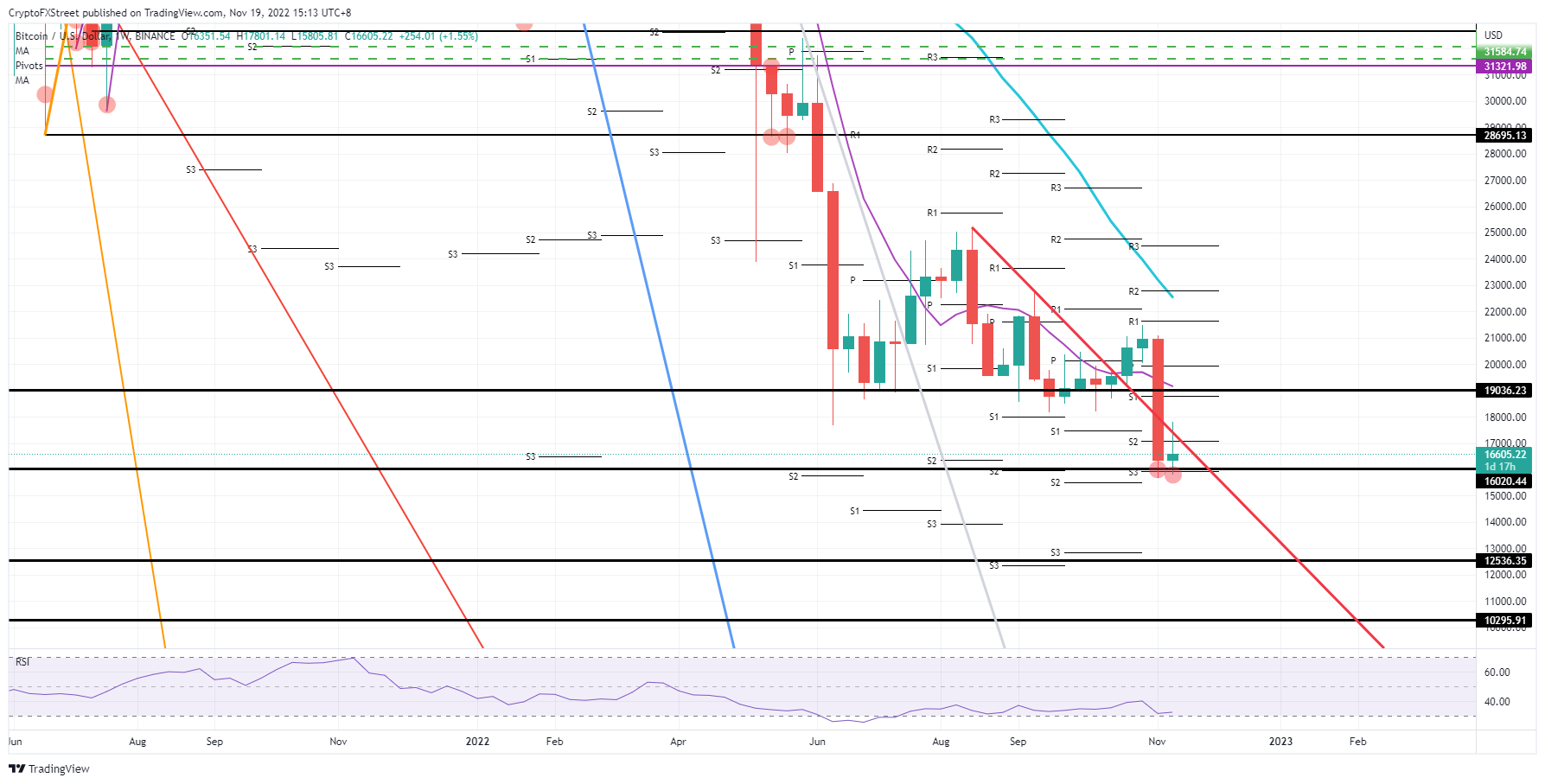 Only a major headline now could still save the image of cryptocurrencies or at least pump up morale in the battered asset class. For example, a sudden breakthrough and peace talks between Russia and Ukraine, or a very large selloff in the US dollar that triggers more weakness in the Greenback that would take out a bearish element. Maybe then, BTC would be seen trading back near $19,000 and get rid of that red descending trend line again.