Cardano, Ethereum network’s competitor and one of the largest altcoins in the crypto ecosystem noted a spike in whale wallet holdings. Cardano community members are awaiting three key events in the altcoin’s network in 2023. The outlook on the altcoin is bullish.

Cardano, a smart contract network and competitor of Ethereum has witnessed an increase in ADA token holdings of large wallet investors. ADA holders with 10,000 to 100,000 tokens have increased their holdings consistently since mid-November 2022.

Three bullish catalysts for Cardano in 2023

The Ethereum-killer’s developers are working on the development roadmap for the altcoin. Charles Hoskinson, the co-founder of Cardano has assured the community that the altcoin is on track to meet its developmental milestones in 2023.

Cardano price has surpassed its two Exponential Moving Averages at 50-day and 200-day, implying ADA is on track to the $0.4180 bullish target. The altcoin’s price is in an ascending channel and the Relative Strength Index (RSI), a momentum indicator is 77.90, implying the asset is overbought.

Based on the ADA price chart below the $0.3008 and the $0.3059 are the two resistance levels for the Ethereum-killer. 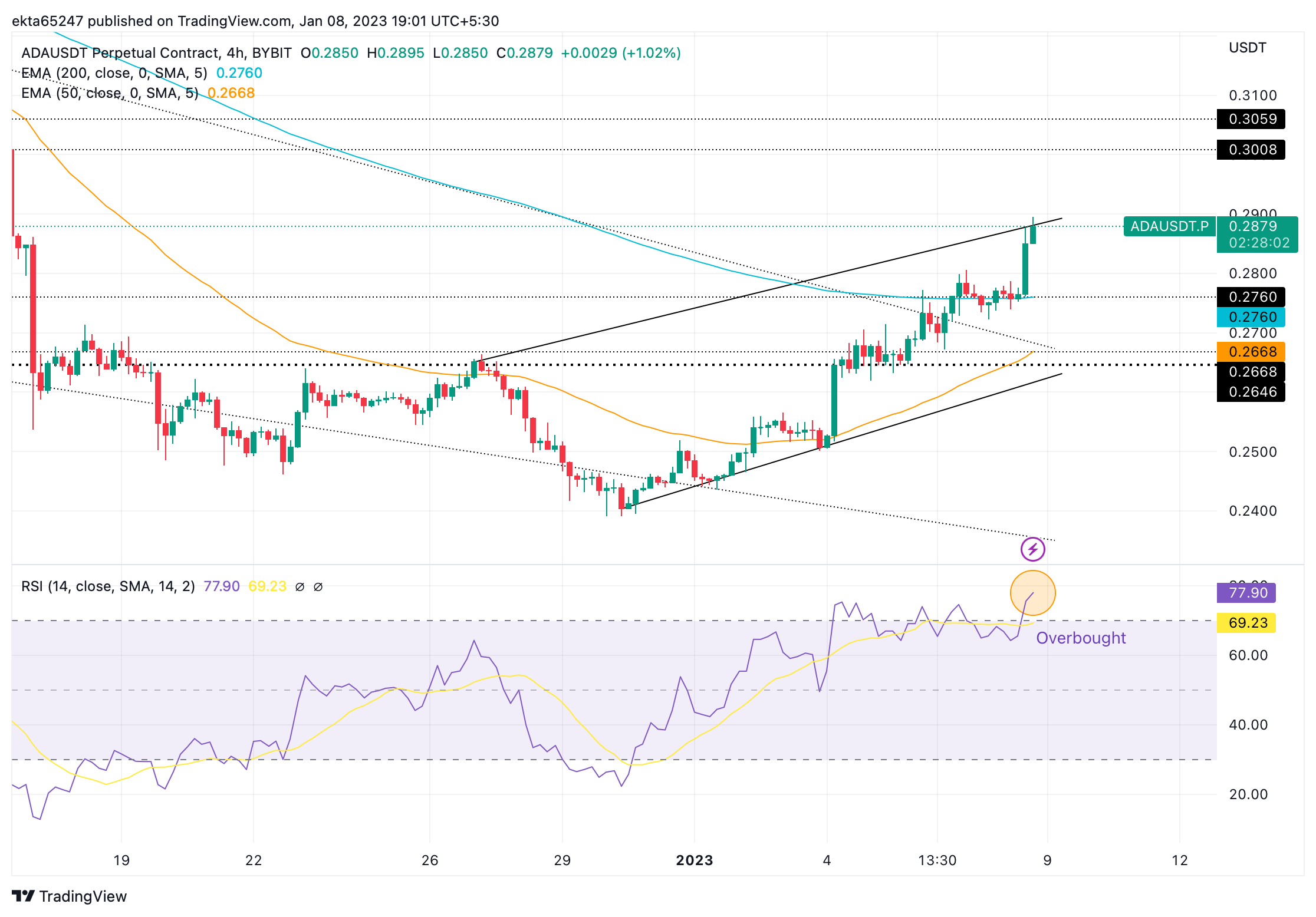 A decline below the 200-day EMA at $0.2760 could invalidate the bullish thesis for the altcoin. Based on data from the RSI, Cardano is overbought and this implies the asset could witness a bearish trend reversal if bulls fail to push the price higher.