You are here: Home / Forex trading / Dogecoin struggles with consolidation as it continues to wait for the return of its 700,000 investors

Dogecoin has not noted any noticeable change in price due to no significant development either within the network or externally. As a result, investors haven’t been finding the asset particularly lucrative. The few who did will have to wait for a while longer before any profits appear in their portfolio.

Back in March this year, an interesting instance took place when more than 700,000 DOGE holders exited the market within the same 48 hours. Although the reason behind the same remains unknown, it did make Dogecoin investors slightly conscious concerning price action. 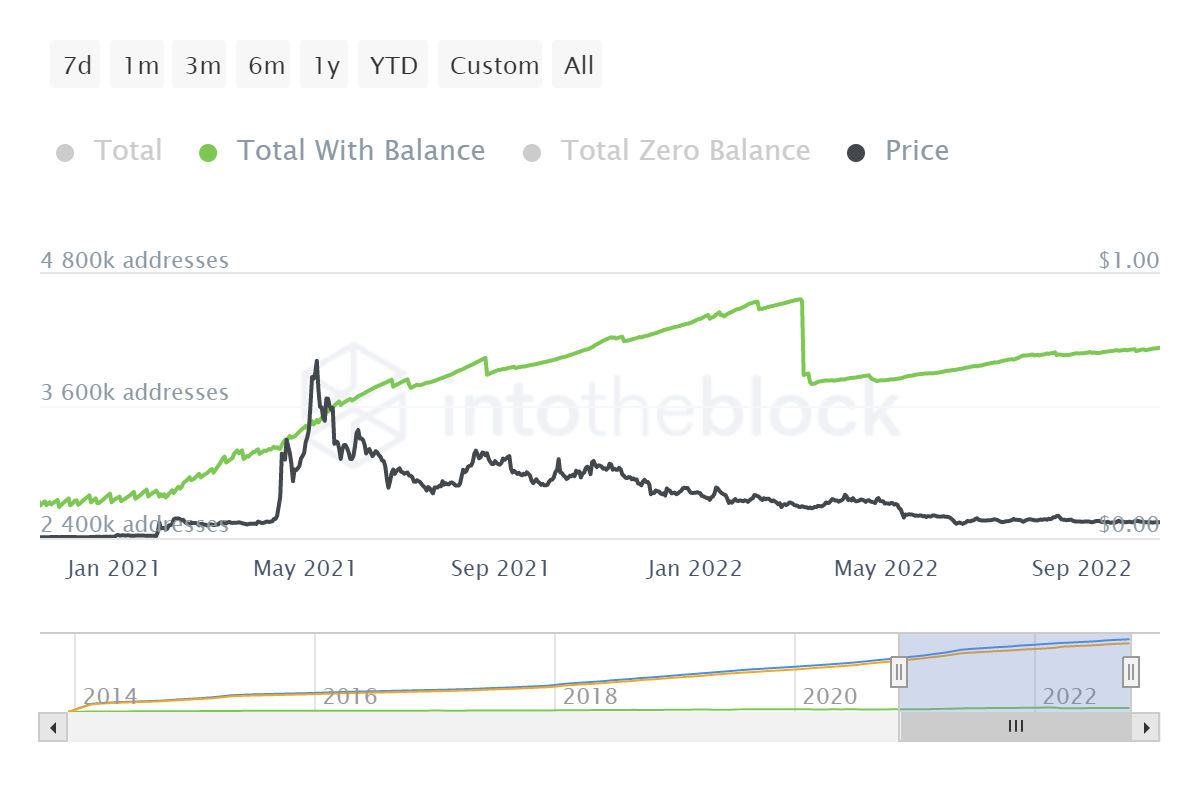 Fortunately, no impact on price was observed, and following this, post regular fluctuations, DOGE settled around $0.059 in August. Since then, the momentum has been completely sideways. Stuck within the Fibonacci Retracement of $0.1729 and $0.0491, DOGE has not even reached close to breaching through the 23.6% Fib line. Coinciding at $0.0783, this level represents a key support area for DOGE’s recovery of the local top at $0.1729.

Although price indicators seem to be pointing towards a no at the moment. All three Simple Moving Averages – 50-day (red), 100-day (blue) and 200-day (green) – have been acting as resistance for DOGE for almost two months now.

Furthermore, this month, the somewhat positive upper hand DOGE had also been wiped away following the bearish crossover on the MACD.

Since, as mentioned above, Dogecoin currently has no significant external development on the horizon, it remains dependent on the broader market cues. Additionally, the asset’s volatility is also a crucial factor.

If the volatility remains low, the chances of a price swing also decrease, which would keep DOGE stuck at current price levels. Currently, Dogecoin’s volatility is at a mere 52%, and in order to break free of the consolidation curse, this figure would need to double at the least. 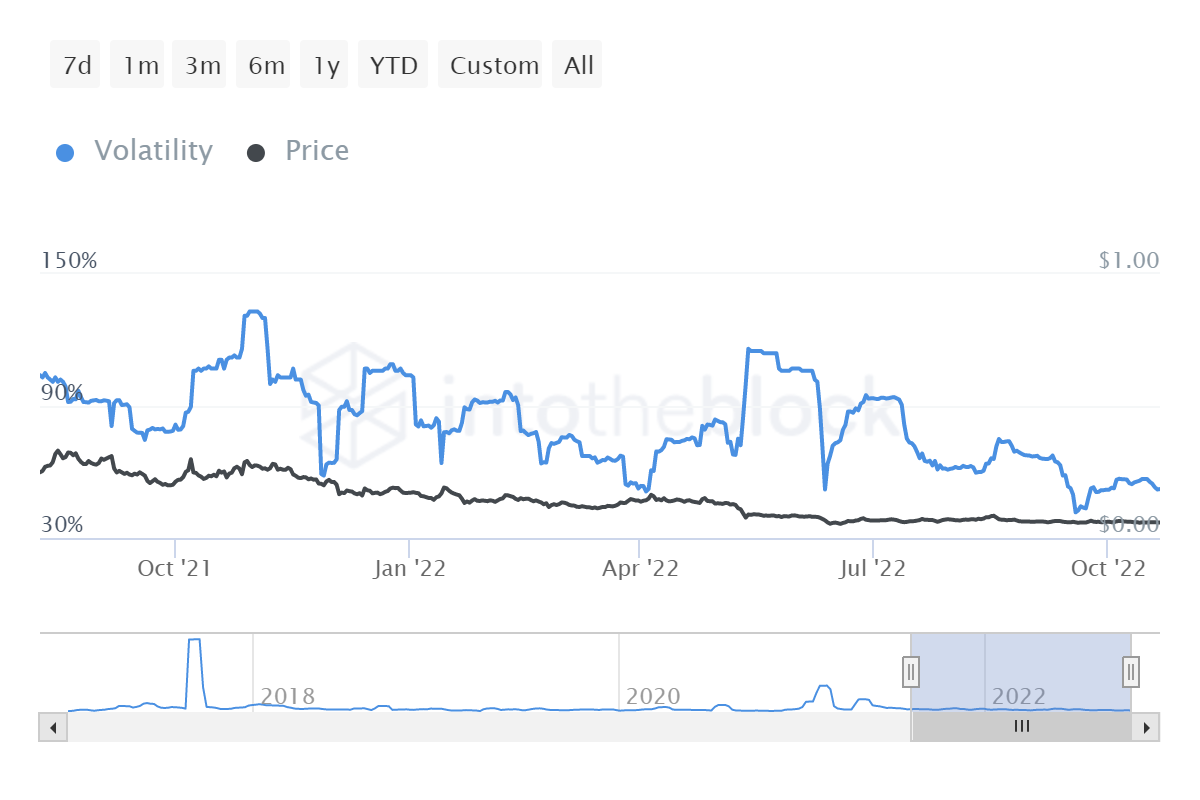 Only then could Dogecoin experience some semblance of a recovery.