Ethereum price has shown an exponential increase over the last three weeks. While a few bearish signs popped up along the way of lower timeframes, bulls continued to triumph. Now, another “sell sign” has been painted on the twelve-hour chart, which forecasts a trend exhaustion move is underway.

Ethereum price and its current state of things

Ethereum price has rallied 37% since 2023 began and is currently hovering around $1,650. This massive ascent has set up two higher highs on January 13 and 20. But the Relative Strength Index (RSI) has formed a lower low above the overbought zone.

This non-conformity is termed a bearish divergence and indicates that the momentum is waning, which could trigger a trend reversal favoring the bears.

While the obvious theoretical outlook would be for Ethereum price to retrace, due to the formation of the equal high at $1,650, there might be a liquidity run, which could produce a third higher high.

In this situation, bulls have a chance to come back by pushing the momentum indicator to produce a higher high as well. If buyers fail to make this happen, investors should start preparing for a trend reversal. The high timeframe support at $1,568 is the level that bears have to overcome in order to build up momentum against buyers. 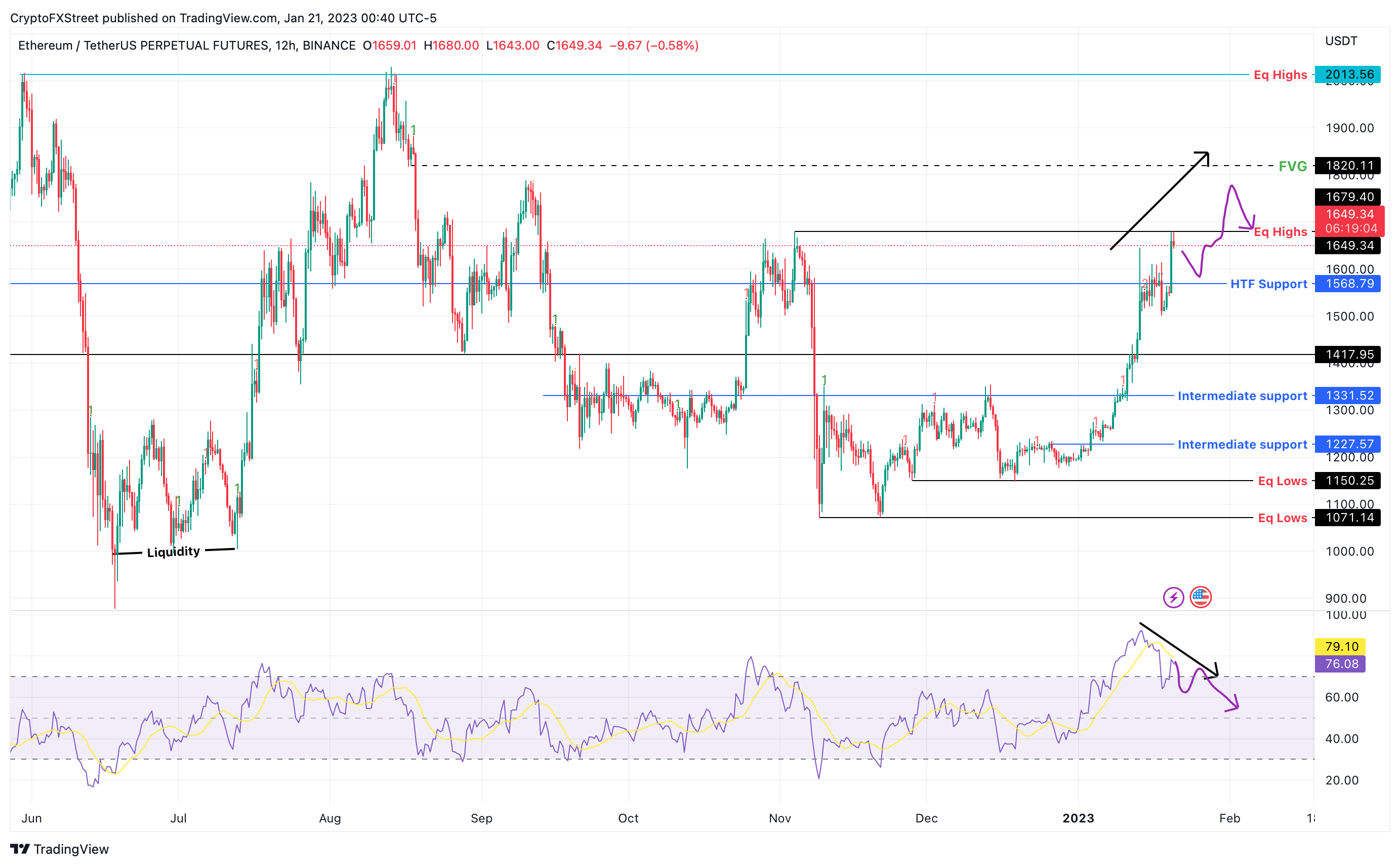 What should bulls rectify?

As explained above, the chances that Ethereum price goes for another leg-up and set up a potential local top at $1,850. In its journey to collect liquidity resting above $1,650, ETH bulls need to make a comeback that pushes the RSI to produce another higher high in the overbought region.

If successful, Ethereum price could flip the $1,820 hurdle into a support floor. This move will invalidate the bearish thesis provided the RSI supports its ascent. Such a development could also open the path for ETH to retest the $2,000 psychological level.