The EUR/GBP rallies as the New York session progresses after the Bank of England (BoE) and the European Central Bank (ECB) decisions to hike rates by 50 bps each in their last monetary policy meetings of 2022. At the time of writing, the Euro (EUR) has gained traction against the Pound Sterling (GBP) and is trading at 0.8705, above its opening price by 1.30%.

Risk aversion keeps the EUR/GBP soaring sharply. The ECB’s decision to raise rates by 50 bps was widely expected, but the Quantitative Tightening (QT) announcement surprised the markets. The ECB’s QT will start in March 2023 at a €15 billion pace, and it will run through Q2 and be set on an ongoing basis. The ECB updated its inflation forecasts for 2024 and 2025, expecting to hit 3.4% and 2.3%, respectively. Due to the upward revisions on inflation, the ECB stated that rates would still need to rise “significantly further.”

Meanwhile, ECB’s President Christine Lagarde said that it was “obvious” to expect 50 bps rate hikes for some time, adding that February, March, and April could also witness a 0.50% hike to the depo facility. Following Lagarde’s remarks, market pricing puts the ECB terminal rate at around 3%.

Elsewhere, the Bank of England hiked rates by 50 bps, lifting the Bank Rate to 3.50%, as widely expected by analysts. The decision was not unanimously approved, with a 7-2 split, with BoE members Tenreyro and Dhingra opting for a no change, while Catherine Mann voted for a 75 bps rate hike. The BoE’s said that further rate increases might be required to achieve the bank’s 2% goal. They added, “if the outlook suggested more persistent inflationary pressures, it would respond forcefully, as necessary.”

After the decisions, the EUR/GBP extended its gains due to the “hawkishness” perceived on the ECB’s side, while the BoE reiterated in its previous meeting that the terminal rate was substantially lower than what markets were pricing. Since the decision, the EUR/GBP climbed from 0.8610 to 0.8723 daily highs. 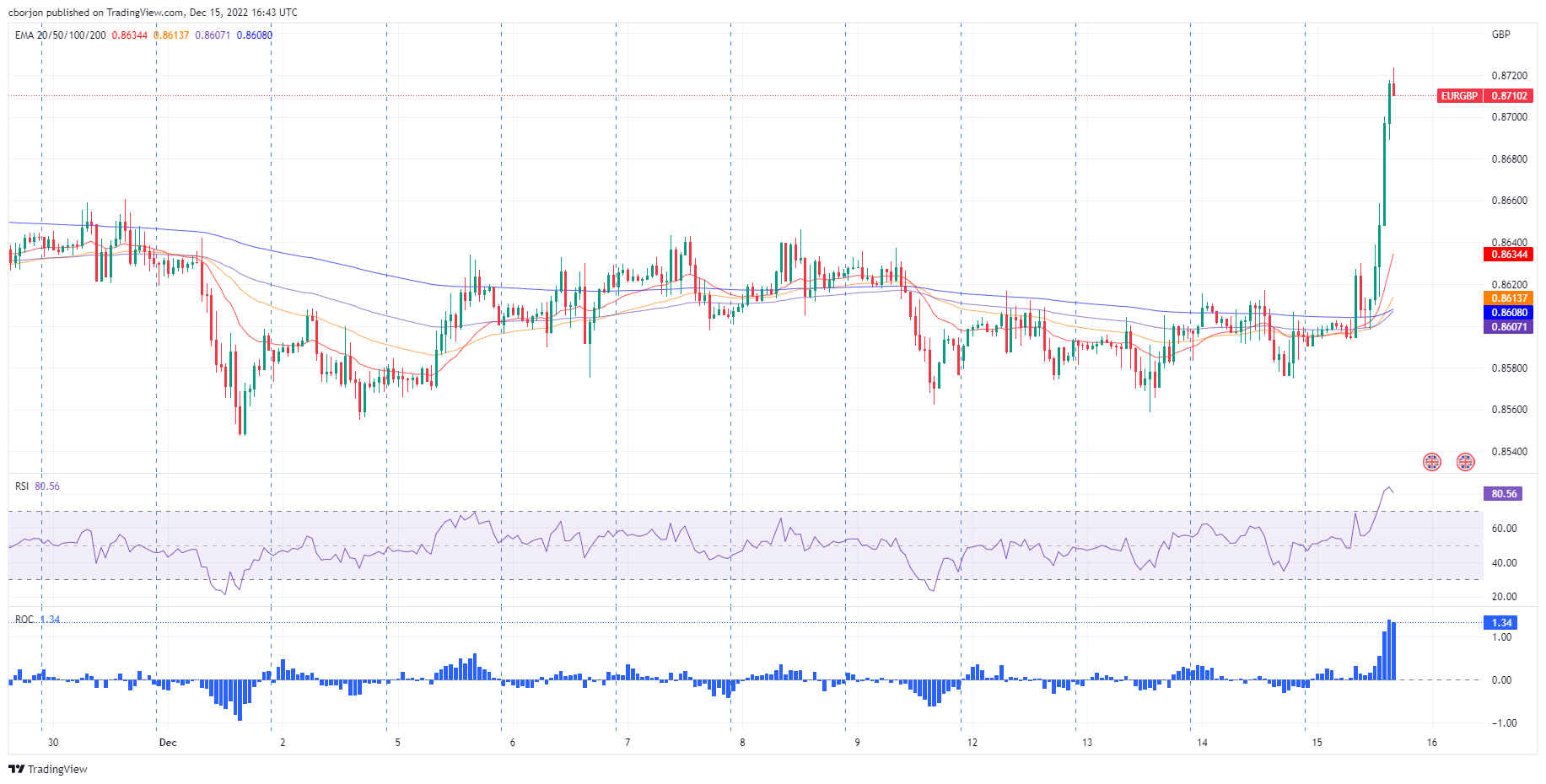