You are here: Home / Forex trading / GBPJPY Price analysis: Testing the neckline of an “H&S” pattern at 165.00

The Pound headed south against the Japanese Yen for the third consecutive day on Thursday, extending its reversal from Monday’s high at 169.05 to test the neckline of a Head & Shoulders pattern at 165.00.

The Yen surged after US CPI data

The mild recovery attempt seen during the Asian and early European sessions lacked follow-through above 167.00, and the pair dropped sharply during the early US trading session, with the Japanese Yen skyrocketing after the release of US inflation data.

Hourly charts show the pair close to overbought levels, which might favor some consolidation before further movement takes place.

On the flip side, the pair should breach intra-day resistance at 167.50 to ease negative pressure, and extend towards November 6 and 7 high at 167.11, which closes the path to the 170.00 psychological level. 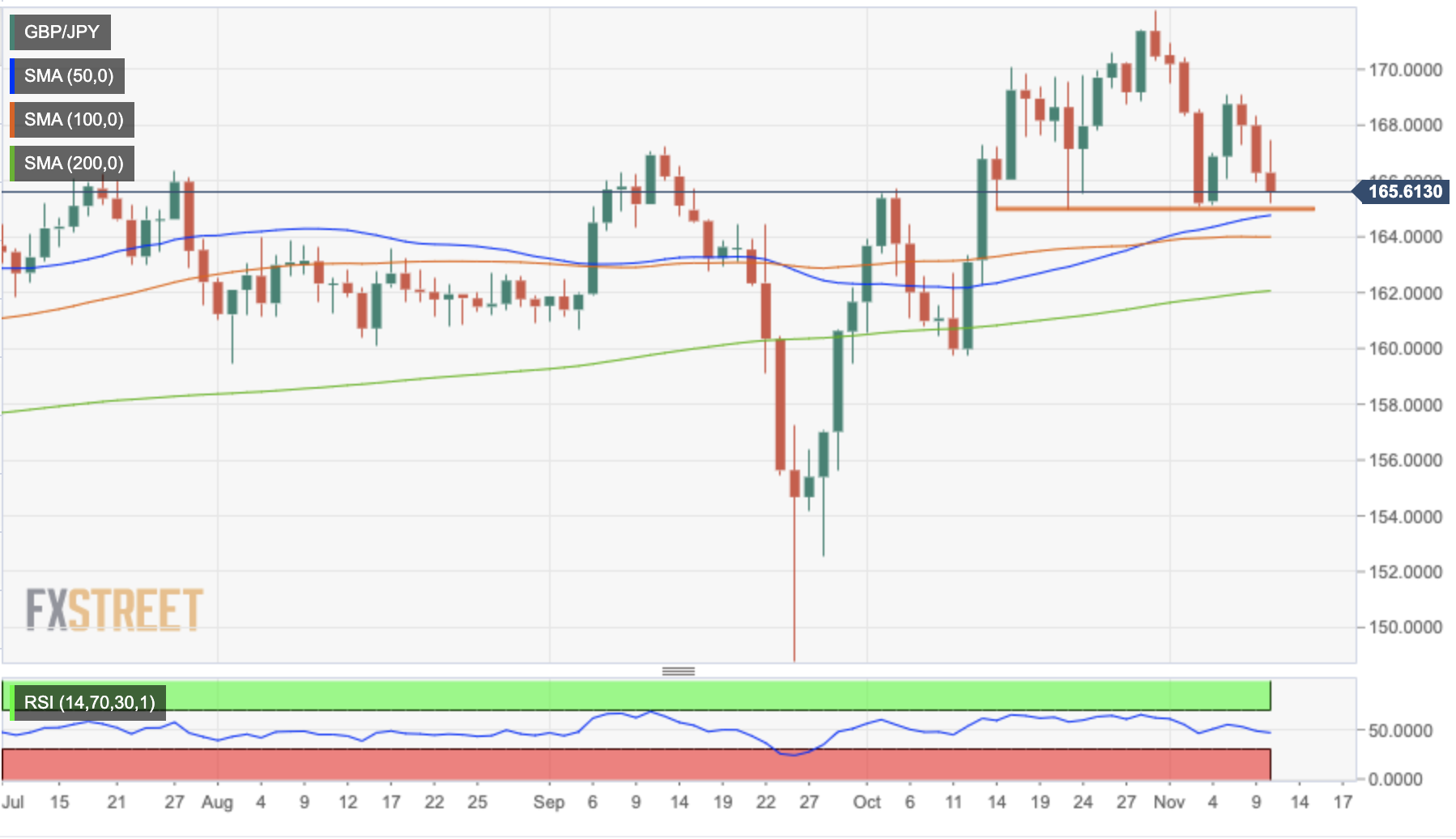