You are here: Home / Forex trading / Gold Futures: Further correction not ruled out

Open interest in gold futures markets increased for the second session in a row on Friday, this time by around 5.4K contracts according to preliminary readings from CME Group. Volume, instead, reversed the previous build and shrank by around 48.6K contracts.

Gold: Near term top in place?

Prices of the ounce troy of gold corrected lower at the end of last week. The daily downtick was on the back of rising open interest, which could allow for some extra weakness in the very near term. Against that said, the precious metal could have charted a short-term top near $1940 on January 20. 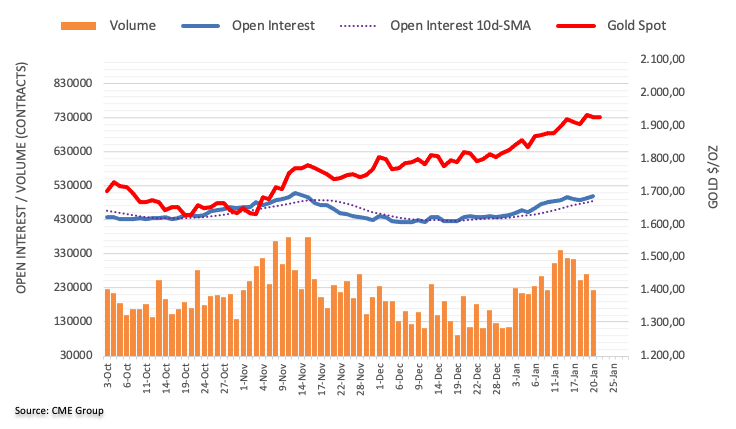