”Gold fell amid the decline in investor demand,” analysts at ANZ Bank said. ”Nevertheless, the global economy is at an inflection point. Tighter monetary policies amid high inflation are likely to slow economic growth in 2023. This backdrop is typically positive for gold,” the analysts argued.

”Synchronised rate hikes have weighed on gold in 2022. Although we expect the US fed funds rate to peak at 5%, a pause in rate hiking should turn market sentiment in favour of gold,” the analysts forecast.

On Wednesday, the Federal Reserve projected continued rate hikes to above 5% in 2023, a level not seen since a steep economic downturn in 2007. Due to the hawkish rate hike, investor fears have intensified that the Federal Reserve’s battle against inflation using aggressive interest rate hikes could lead to a recession. This has filled a bid into the US Dollar. However, the analysts at ANZ Bank argue that ”we approach the end of US Dollar dominance, and a depreciation in the currency would add further support to investor demand.”

”With the Fed suggesting rates will remain high through 2023, the risk of weak economic growth next year. Gold prices tend to come under pressure ahead of recessions, but then outperform other markets (such as equities) during them,” the analysts argued.

On the flip side, analysts at TD Securities expect gold prices to be weighed down by trend follower short acquisitions, ”with prices already flirting with key triggers for several subsequent selling programs just below the $1785/oz mark. In turn, the bar is low for CTAs to add 7% of their maximum historical length to their short position in the yellow metal.” 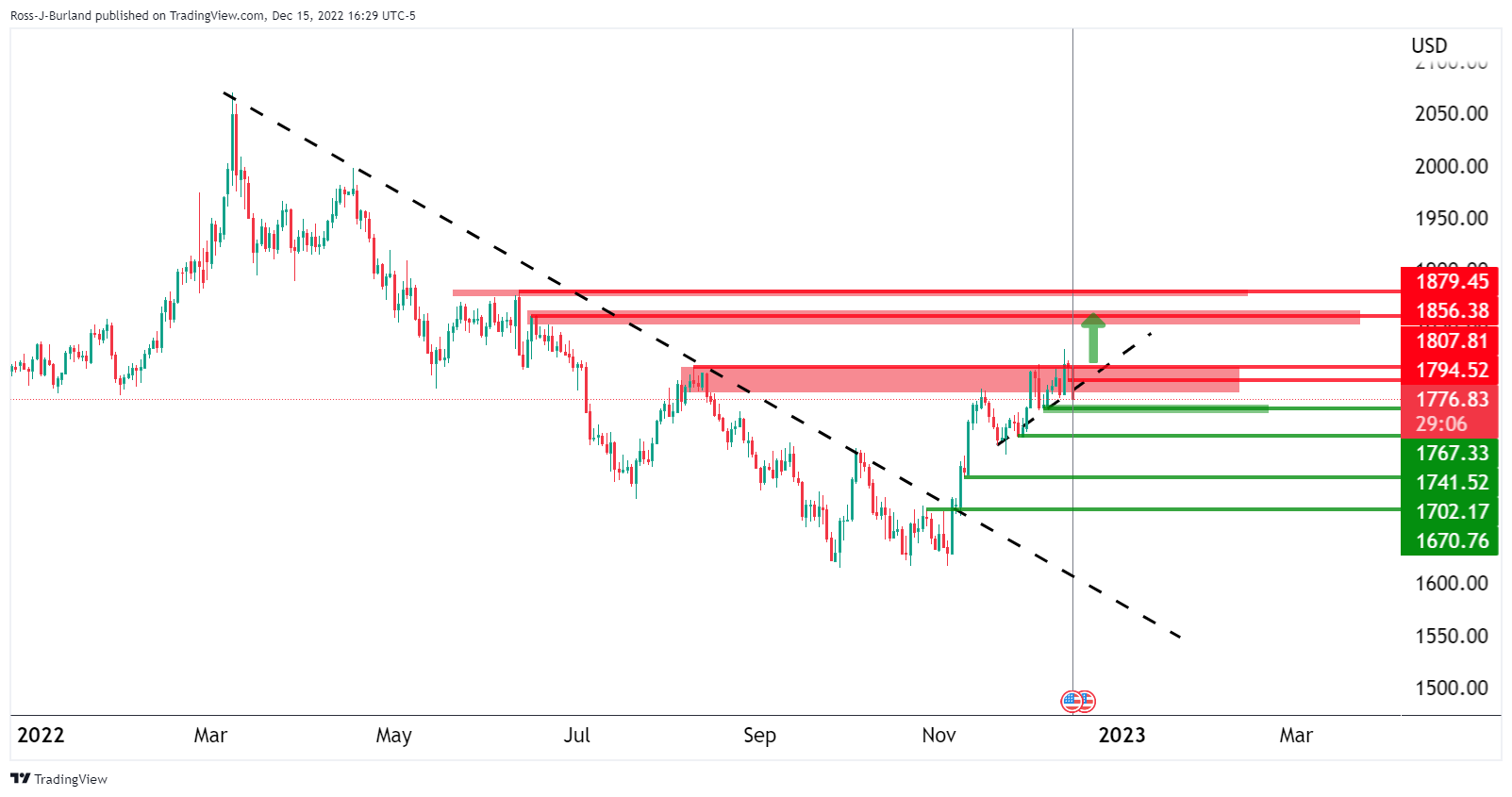 The price is on the backside of the bearish cycle and has been advancing through the various resistances higher in a short squeeze. If the bulls can get a close above $1,800, then there will be prospects for a continuation towards $1,850 and $1,880.

On the other hand, as illustrated below, zoomed in on the daily chart, the micro trendline was broken in today’s bearish impulse. This leaves the bias on the downside while below $1,780/00 and a break of $1,702 open risk to $1,670: 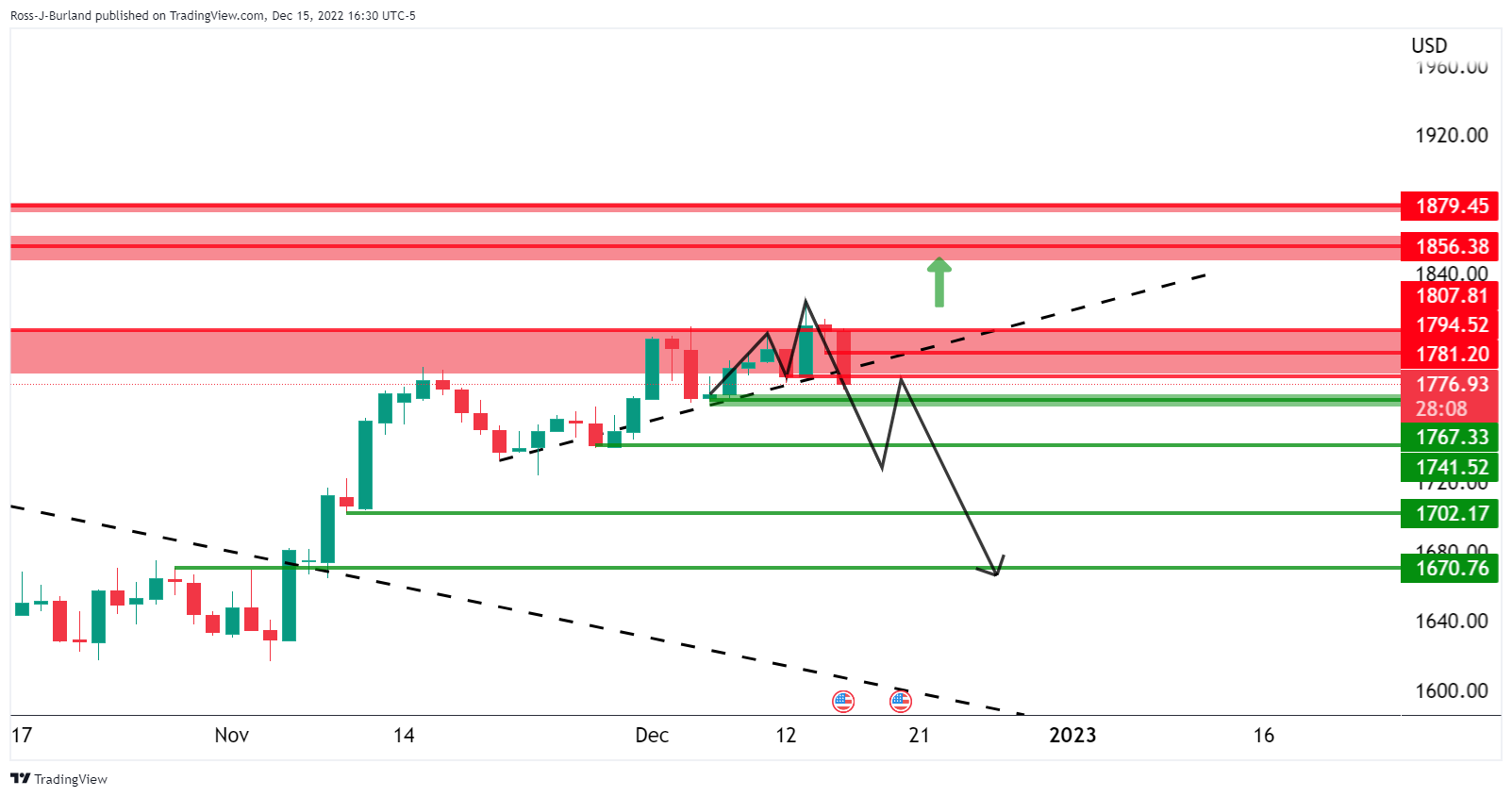