Based on data from Santiment, large wallet investors on Chainlink have accumulated about 47.31 million LINK tokens since March 2022. The on-chain analytic platform revealed that investors who held between 10,000 to 1,000,000 LINK have consistently accumulated the altcoin since May 2022.

Also read: XRP Price: What is going on in the SEC v. Ripple case

Large wallet investors of Chainlink, holding between one million and ten million worth of the token have consistently scooped up more LINK, adding nearly 47.31 million tokens to their portfolio over the past eight months. Throughout the bear market, crypto traders have accumulated altcoins like Chainlink.

Traders holding between 10,000 and 1,000,000 LINK tokens have followed the same trend of accumulating Chainlink through the recent dip in the altcoin’s price. Based on data from Santiment there is a massive accumulation of the oracle-powered network’s token in the crypto community since the beginning of the bear market. 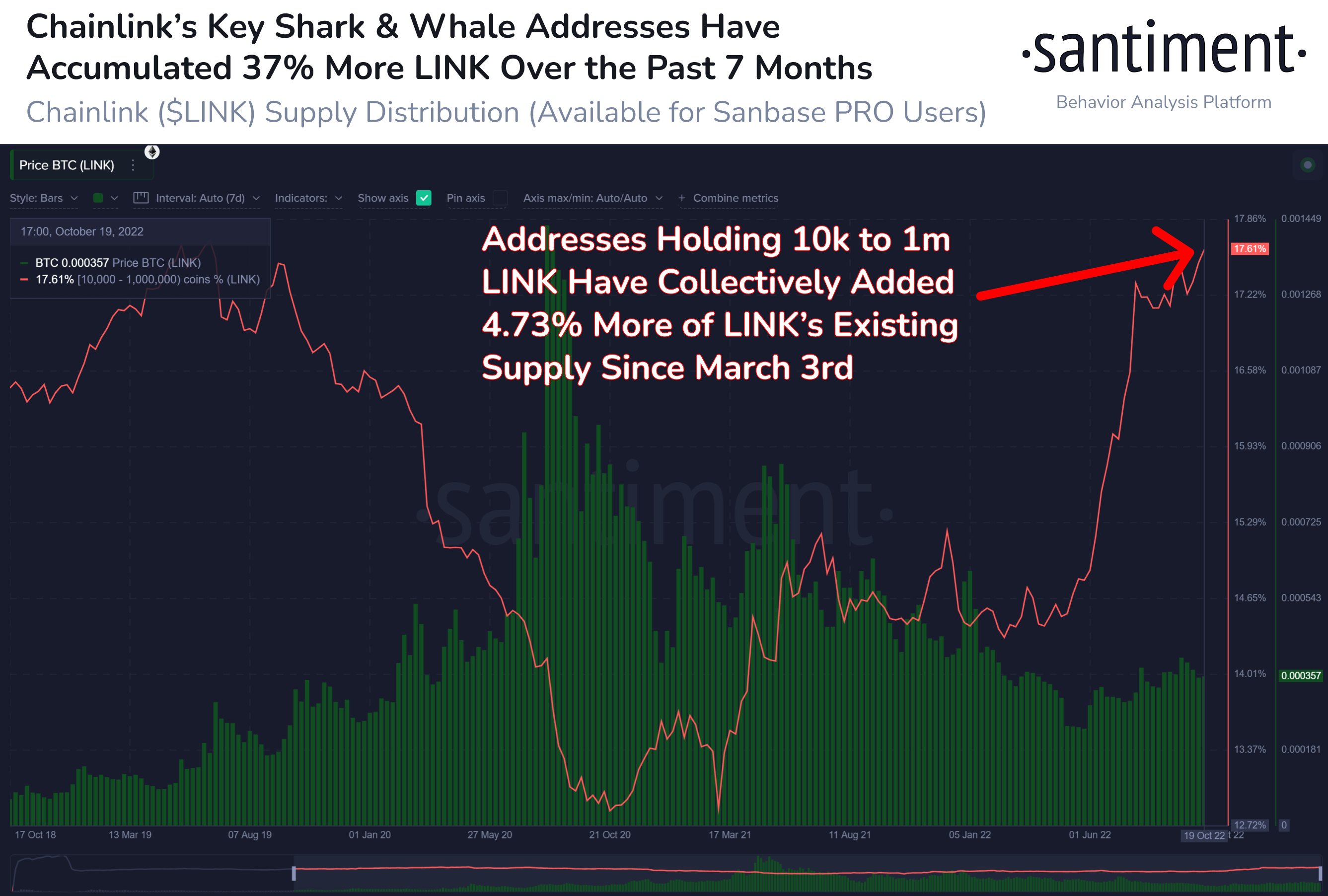 Despite consistent accumulation of LINK by large wallet investors and whales, LINK price has remained largely unchanged over the past thirty days. Analysts believe this is about to change as Chainlink prepares for a massive comeback.

Typically, accumulation by whales is considered a bullish trigger for an asset’s price, therefore Chainlink is likely to witness a recovery in the short-term. After a momentary drop below key support level at $6.92, LINK is headed towards the level yet again. Chainlink has yielded 5% gains for holders overnight, analysts predict a bullish trend reversal once LINK climbs above the $6.92 level. 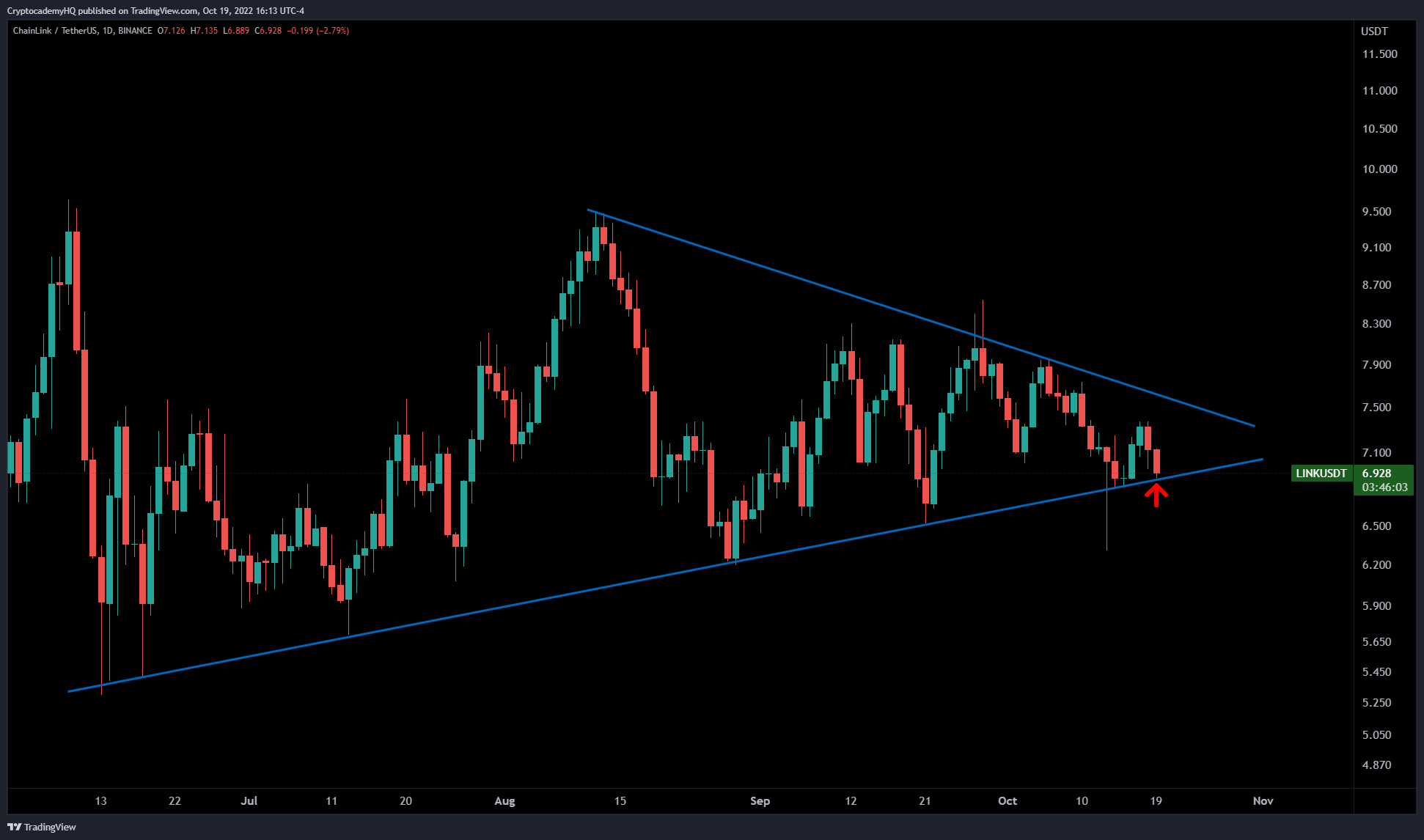 Justin Bennett, a forex trader and crypto analyst identified several cryptocurrencies that are trading closer to their support level.