You are here: Home / Forex trading / Ripple Price Prediction: XRP at a critical juncture, could trigger a 10% crash

XRP price has shown tremendous strength over the last few weeks, which has resulted in amazing rallies. However, things are at an inflection point that could trigger a correction if bulls fail to step up at this important level.

Ripple price rallied roughly 75% between September 15 and 23 and set up a local top at $0.559. This move was followed by a minor retracement that set up a higher low at $0.437 and attempted to break through the local top. Failure to push through led to a 12% retracement, forming another higher low at $0.476.

Connecting a trend line to the higher lows formed since September 21 shows that XRP price is in an uptrend but is facing selling pressure at roughly $0.540. If this trend continues, the remittance token could form an ascending triangle.

However, considering the US Consumer Price Index (CPI) is set to be announced tomorrow, investors should expect a breakdown of this level followed by a 10% retracement to $0.440. If this downswing continues, knocking XRP price to produce a lower low below the October 3 swing low at $0.437, it will indicate the start of a downtrend and probably crash the altcoin to fill the Fair Value Gap (FVG), extending from $0.370 to $0.360. 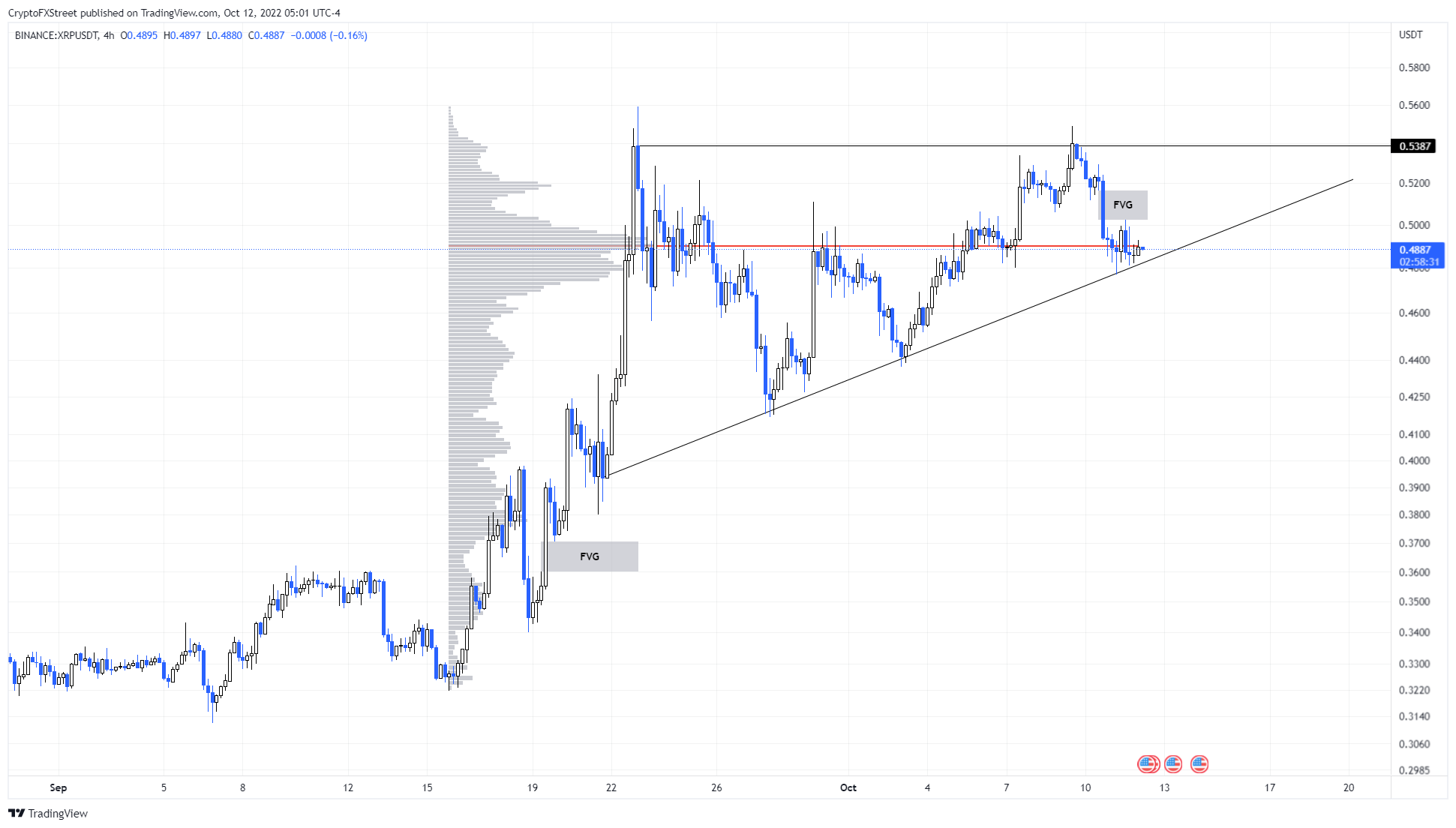 Regardless of the palpable bearish outlook, the CPI numbers announcement is a make-or-break event. If this number is lower than the previous month, the Fed is less likely to aggressively increase the interest rate. Such a development could see traditional finance and crypto markets rally, which is a good sign for XRP holders.

Investors can expect a recovery bounce to fill the FVG to the upside, extending from $0.502 to $0.516. If this run-up extends beyond and flips the $0.538 hurdle into a support floor, the bearish thesis would face invalidation.