Shiba Inu layer-2 scaling solution Shibarium’s development is underway. Shytoshi Kusama, the lead of the project, confirmed that Shibarium will launch soon and it is being “finalized.” Shiba Inu price outlook remains bullish after breaking out of the falling wedge.

Shiba Inu is Dogecoin’s competitor and the second largest meme coin in the crypto ecosystem. Lead of the project, Shytoshi Kusama announced that the much awaited layer-2 scaling solution Shibarium will be launched soon.

The scaling solution project is currently under development and according to a recent tweet by Kusama, developers are “Aligning. Onboarding. Finalizing. Soon.  Very soon.”

The layer-2 blockchain’s objective is to help the Shiba Inu network scale on its host chain Ethereum. Developers are building Shibarium with custom features for the Shiba Inu ecosystem. The upgrade marks a milestone in the Dogecoin-killer’s ecosystem and Kusama expects 2023 to be a big year for the project.

Shiba Inu price is on track to wipe out its losses from the past month. The launch of Shibarium, a long-awaited event in the SHIB ecosystem, could trigger a rally in the token. SHIB broke out of its falling wedge, A and B represent the two key levels, $0.00001235 and $0.00000861. 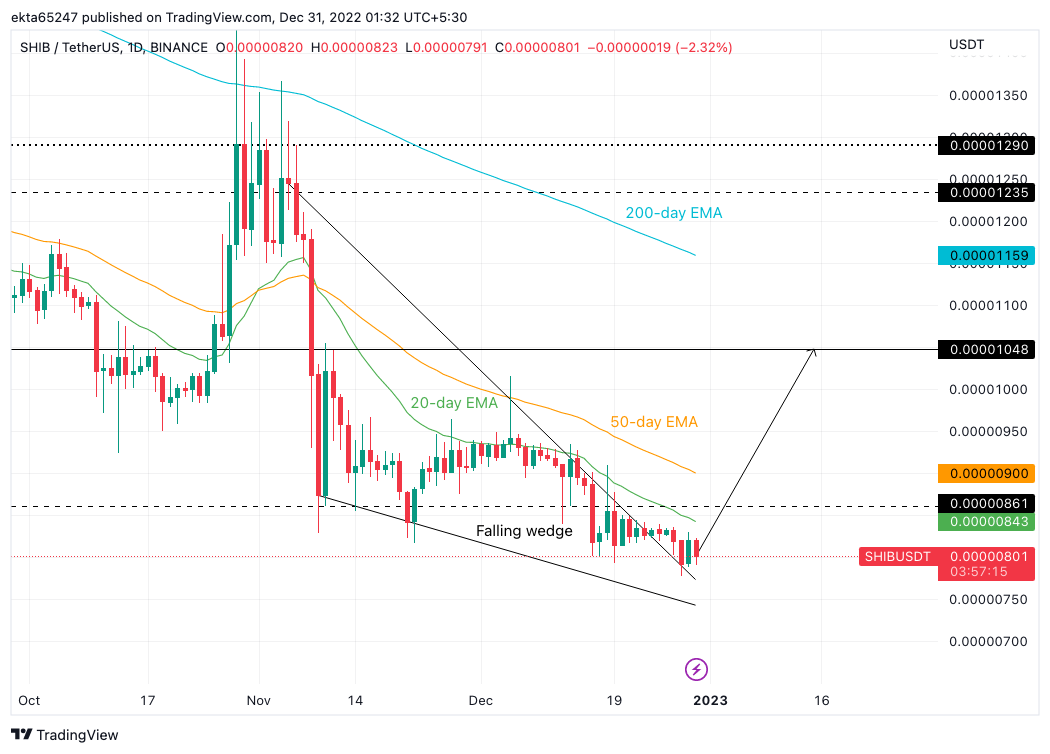 The point between levels A and B is represented by the target of $0.00001048. The target of the bullish breakout from the falling wedge is the $0.00001048 level. Since Shiba Inu price closed outside the upper trendline, the breakout is validated.

A decline below the $0.00000750 level could invalidate the bullish thesis for the Dogecoin-killer’s price.