You are here: Home / Forex trading / USD/CHF struggles to defend post-Fed rally above 1.0000 ahead of Swiss Inflation, US ISM PMI 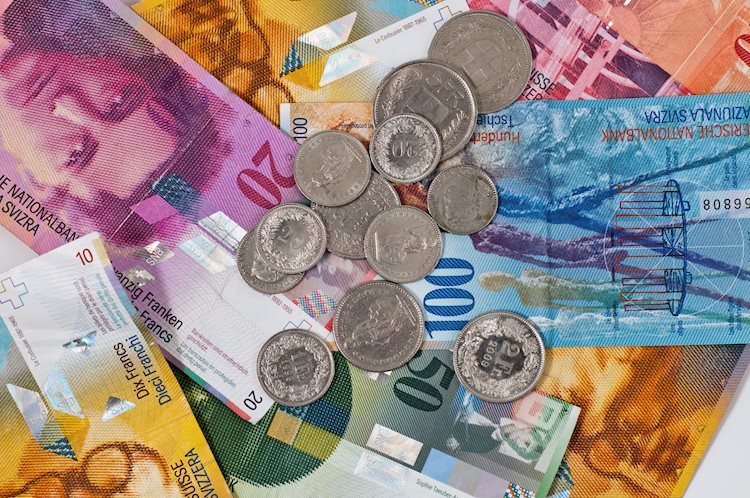 USD/CHF grinds higher past the 1.0000 psychological magnet during early Thursday as bulls take a breather after a volatile move around the Federal Open Market Committee (FOMC) announcements. That said, the Swiss currency (CHF) pair picks up bids to 1.0030 by the press time. In addition to the post-Fed calm, the anxiety ahead of the Swiss Consumer Price Index (CPI) data for October and the US ISM Services PMI for the said month also challenge the pair buyers of late.

That said, Fed’s 75 bps increase in the benchmark rate initially triggered the US dollar’s slump as the rate statement highlighted the cumulative tightening of monetary policy, the lags with which monetary policy affects economic activity and inflation, and economic and financial developments.”  However, Powell’s speech propelled the greenback as it cited the need to bring down inflation “decisively” while also suggesting a bit longer play for the restrictive policy.

Also helping the USD/CHF bulls were geopolitical fears surrounding Taiwan and Ukraine, as well as the covid woes emanating from China. Furthermore, the strong points of the US ADP Employment Change for October, to 239K versus 195K expected and a revised down prior figures of 192K, also propelled the quote.

Against this backdrop, the US Treasury Yields are back near the multi-month high while the Wall Street benchmarks closed in the red. Further, the S&P 500 Futures print mild losses at the latest.

Moving on, Swiss CPI is expected to ease on YoY to 3.2% during October versus 3.3% prior while the US ISM Services PMI also bears downbeat forecasts of 55.5 for the said month compared to 56.7 previous readings. Should the actual releases match the market consensus, the USD/CHF prices are likely to grind higher due to the aftershocks of the Fed. Also likely to keep the pair on the bull’s radar is the optimism ahead of Friday’s US Nonfarm Payrolls (NFP), mainly due to the strong ADP data.

An impending bull cross on the MACD and sustained trading beyond the 21-DMA immediate support, around 0.9980 at the latest, keep the USD/CHF buyers hopeful.