You are here: Home / Forex trading / USD/CNH rebounds from 7.3300 despite an upbeat Caixin Manufacturing PMI 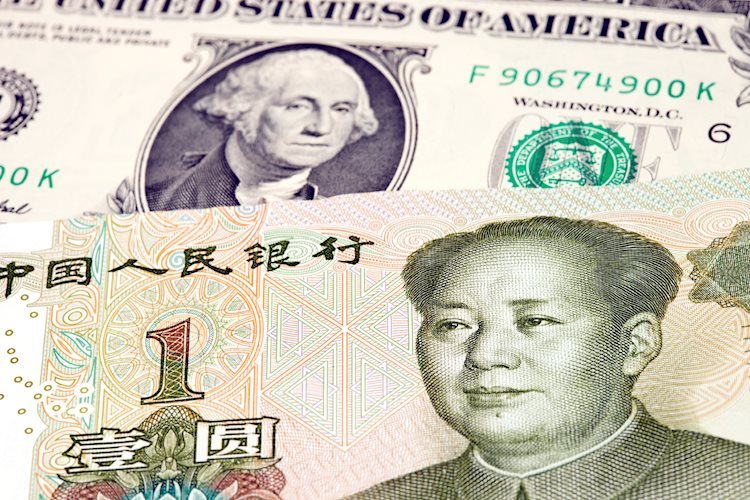 The USD/CNH pair has displayed a V-shape reversal after dropping to near 7.3300 in the Tokyo session. The asset has witnessed recovery despite the release of upbeat Caixin Manufacturing PMI data. The economic data has landed higher at 49.2 vs. the projections of 49.0 and the prior release of 48.1.

Meanwhile, the US dollar index (DXY) has slipped sharply in Tokyo as the risk-on impulse has rebounded firmly. The DXY has dropped sharply to near 111.36. The S&P500 futures have rebound strongly after a bearish Monday amid overall optimism in the quarterly result season.

The returns on US government bonds have fallen despite accelerating hawkish Federal Reserve (Fed) bets. The 10-year US Treasury yields have dropped to 4.04%, 0.90%, below its previous close, at the time of writing.

This week, the major trigger will be the interest rate decision by the Fed. The US central bank is expected to hike the interest rates by 75 basis points (bps) for the fourth time as the inflationary pressures have not displayed signs of exhaustion yet. However, consumer spending has trimmed in the third quarter to 1.4% from the prior expansion of 2.0%, which may weigh on the inflation rate.