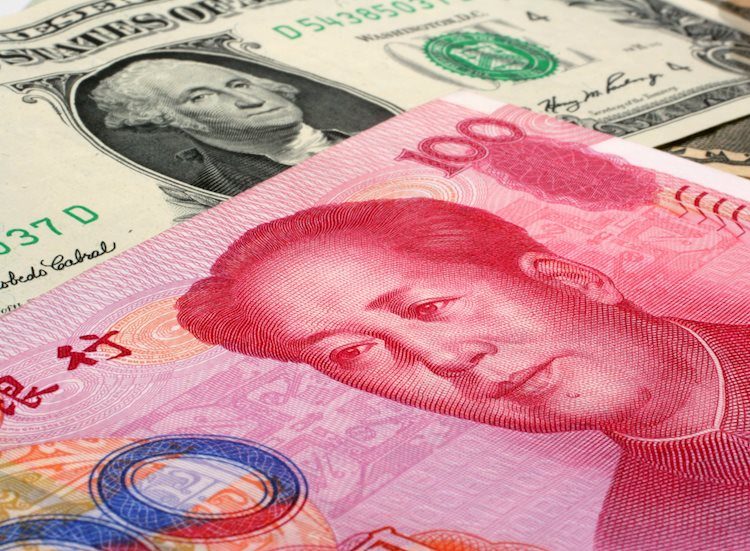 USD/CNH takes offers to refresh the intraday low near 7.2260 as it pares the weekly gains during Friday’s Asian session. In doing so, the offshore Chinese yuan (CNH) pair fails to justify the International Monetary Fund’s (IMF) grim outlook for the dragon nation amid a broad weakness in the US dollar.

“The IMF cut Asia’s economic forecasts on Friday as global monetary tightening, rising inflation blamed on the war in Ukraine, and China’s sharp slowdown dampened the region’s recovery prospects, “ said Reuters. The news also adds that the IMF cut Asia’s growth forecast to 4.0% this year and 4.3% next year, down 0.9% point and 0.8 points from April, respectively. The slowdown follows a 6.5% expansion in 2021. Further details suggest that the Washington-based institute expects China’s growth to slow to 3.2% this year, a 1.2-point downgrade from its April projection, after an 8.1% rise in 2021. The world’s second-largest economy is seen growing 4.4% next year and 4.5% in 2024, the IMF said as per Reuters.

Elsewhere, the DXY retreats to 110.50, following Thursday’s recovery from the five-week-low, as Fed hawks get mixed details of the overall strong US data. The US Gross Domestic Product (GDP) rose 2.6% on an annualized basis, more than expected, in the third quarter (Q3). Even so, a fifth consecutive fall in private consumption challenged the Fed hawks as it showed the policymakers are gradually nearing the target of slowing down private domestic demand, which in turn might favor the easy rate hike talks for December in the next week’s Federal Open Market Committee (FOMC) meeting.

That said, the sluggish US Treasury yields and the risk-off mood also challenge the US dollar. The US 10-year Treasury yields dropped to a two-week low on Thursday and are bracing for the first weekly loss in 11, which in turn allowed equities to have a nice week despite the latest weakness in numbers.

Moving on, the US Core PCE Price Index for September, expected to rise to 5.2% versus 4.9% prior, will be crucial for the USD/CNH pair traders to watch for clear directions. A firmer print of the Fed’s preferred inflation gauge could add strength to the yields and hawkish Fed bets, which in turn will be favorable for the pair buyers.

A failure to cross the one-month-old horizontal resistance area surrounding 7.2700-2675 directs USD/CNH back toward the 21-DMA support near 7.1885.