You are here: Home / Forex trading / USD Index Price Analysis: Next on the downside comes 109.50

DXY drops to multi-day lows and revisits the 110.30 zone amidst further improvement in the sentiment around the risk complex on Monday.

Further weakness in the dollar appears likely for the time being. Against that, the index is expected to face initial contention at the October low at 109.53 (October 27) prior to the 9-month support line near 108.90. The latter appears reinforced by the proximity of the 100-day SMA. Above this region, the dollar’s short-term stance should remain positive.

In the longer run, DXY is expected to maintain its constructive stance while above the 200-day SMA at 104.52. 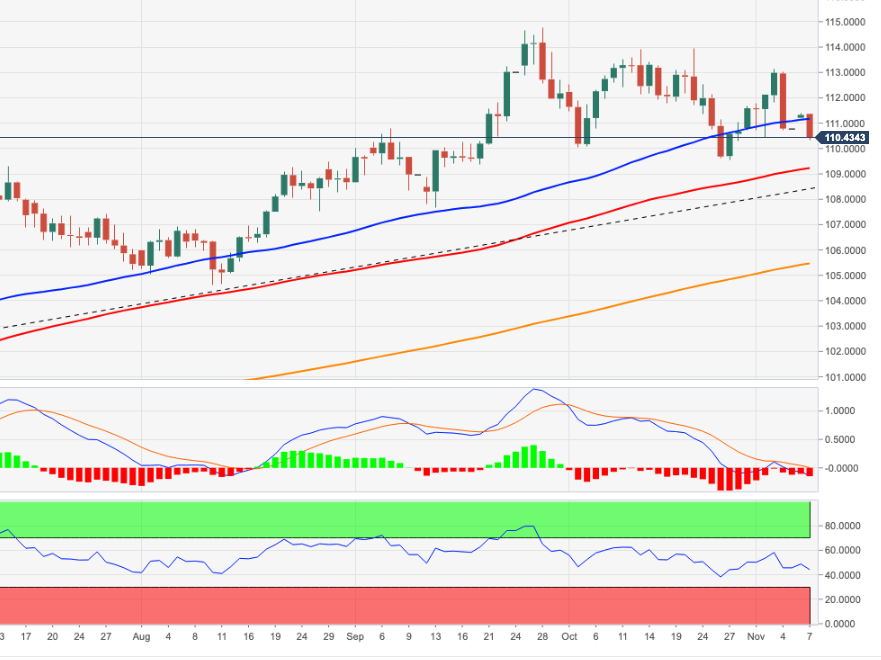