You are here: Home / Forex trading / When is New Zealand CPI and how might it affect NZD/USD?

We have Statistics New Zealand that will be releasing the third quarter Consumer Price Index inflation data this morning in Asia. There’s a lot of room for the headline CPI number to surprise on the upside or the downside and the NZD will be at the mercy of the data today.

Analysts at ANZ Bank explained that they estimate that annual CPI inflation eased to 6.6% in Q3, down from 7.3% in Q2:

”Any fall in inflation will be of some relief for Kiwi households, but the trouble for the Reserve Bank of New Zealand is we anticipate that most of the decline in headline CPI inflation will come from a roughly 8% fall in petrol prices over the September quarter (as opposed to a broad-based reduction in domestic inflation pressures).”

”That means there’s unlikely to be much evidence that underlying inflation pressures have turned the corner yet.”

”Uncertainty remains elevated, and that’s reflected in the range of expectations for this morning’s data, from a low of 6.3% YoY to a high of 7.0% YoY (with the median estimate being 6.5%).” 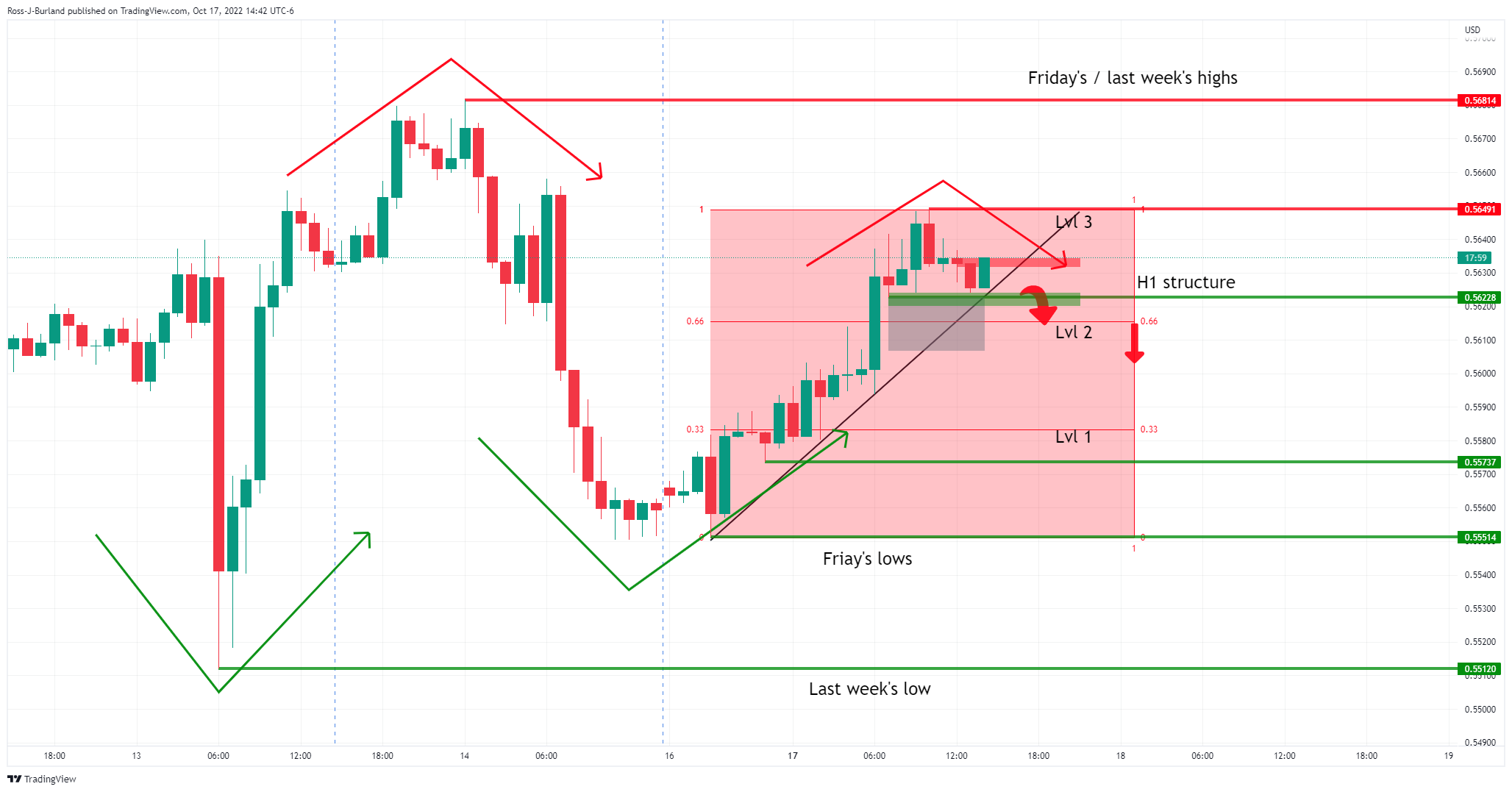 The trend in consumer prices tends to influence RBNZ’s interest rates decision, which in turn, heavily impacts the NZD valuation. Acceleration in inflation could lead to a faster tightening of the rates by the RBNZ and vice-versa. Actual figures beating forecasts render NZD bullish.

However, spreads could be wide around the event making it virtually impossible to trade. However, the price has been capped near 0.5650 on Monday and following three levels of rise.

There has been little in the way of dips along the journey so there is the case for a move into level 2 or even into Asian long positions if we don’t just see a continuation trade for Tuesday. The data, however, will be a very important milestone as markets gauge how much more work the RBNZ still has ahead of them.

In terms of price action, we can cast our eyes over the prior data releases and movement on the charts as follows:

Given the lofty heights, the bird has flown on Monday, anything short of the expectations could seriously impact the currency with level 1, 0.5575 eyed on a break of level 3, 0.5622 as per the chart above.

With the Reserve Bank of New Zealand’s (RBNZ) inflation target being around the midpoint of 2%, Statistics New Zealand’s quarterly Consumer Price Index (CPI) publication is of high significance. The trend in consumer prices tends to influence RBNZ’s interest rates decision, which in turn, heavily impacts the NZD valuation. Acceleration in inflation could lead to faster tightening of the rates by the RBNZ and vice-versa. Actual figures beating forecasts render NZD bullish.