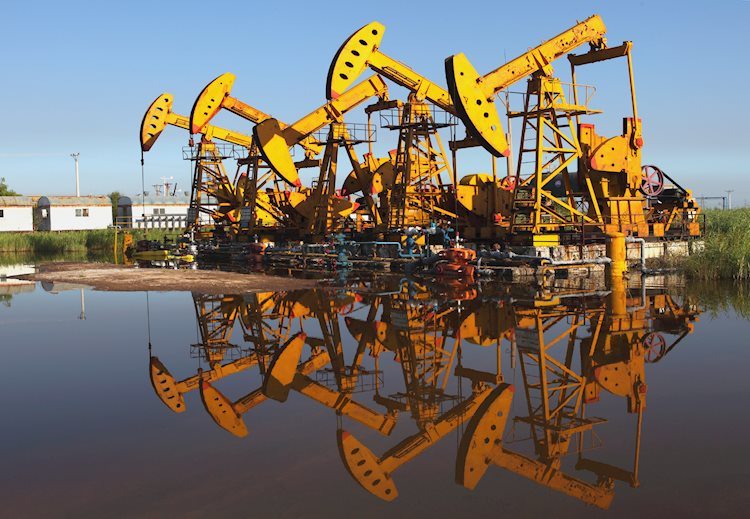 WTI crude oil remains on the back foot for the second consecutive day, renewing its intraday low near $84.25 during Tuesday’s Asian session, as recession woes weigh on the energy prices. In doing so, the black gold fails to cheer the downside US dollar, as well as looming fears of a supply crunch due to geopolitical factors.

US Dollar Index (DXY) remains on the back foot around 111.80, taking rounds to intraday low while struggling to extend the week-start gains, as the downbeat US data joins an absence of Fedspeak. Also exerting downside pressure on the greenback’s gauge versus the six major currencies could be softer Treasury bond yields and mildly positive stock futures.

That said, downbeat prints of the preliminary PMIs for October suggest that major economies from the West have been facing hard times of late, which in turn challenge the oil demand. On the same line could be China’s covid-led lockdowns that resulted in a 2.0% fall in the crude import of the dragon nation.

Even so, talks surrounding the Eurozone’s push for the gas price cap on Russian output and the supply cuts from the Organization of the Petroleum Exporting Countries and allies including Russia, known collectively as OPEC+, keep the oil buyers hopeful.

Looking forward, the weekly prints of the American Petroleum Institute’s (API) Crude Oil Stock data for the week ended on October 21, prior -1.27M, will be important for the oil traders to watch for intraday directions. However, major attention should be given to the growing concerns and geopolitical fears for a clear guide.

Unless crossing the 50-DMA hurdle, around $86.30 by the press time, WTI crude oil sellers are likely targeting the previous week’s swing low near $81.30.