You are here: Home / Forex trading / XRP Price: What is going on in the SEC v. Ripple case

Payment giant Ripple inched closer to victory in its battle against US regulator Securities and Exchange Commission (SEC). On October 21, Stuart Alderoty, Ripple general counsel confirmed on Twitter that they finally have the William Hinman speech and documents after eighteen months and six court orders.

The speech of William Hinman, Former Director of the Securities and Exchange Commission’s Division of Corporation Finance and related documents are now in the custody of Ripple counsel.

Stuart Alderoty, Ripple general counsel confirmed that documents including the Hinman speech where the former SEC executive comments on Ethereum’s status as a non-security, are now in their possession. After eighteen months and six court orders of requesting the possession of these documents, counsel now have access to it.

Alderoty was quoted as saying,

The counsel fought over documents related to the 2018 speech by Hinman to prove a point in Ripple’s defense. The financial regulator pulled out all the stops to keep the documents out of the discussion and out of Ripple counsel’s possession, however the situation has changed.

With access to the speech and related documents, the defense is ready to reclaim software giant Ripple’s position as winner of the lawsuit. The latest update in the SEC v. Ripple case is that both parties have filed reply briefs to each other’s motions for summary judgment. They also filed numerous exhibits and discussed the parts of briefs that they want redacted.

Proponents argue that software giant Ripple is in a strong position; details of the briefs are scheduled to be made public on Monday. @FeraSY1, crypto analyst and trader believes XRP price could regain its bullish momentum and witness a trend reversal if the altcoin crosses the $0.55 level. 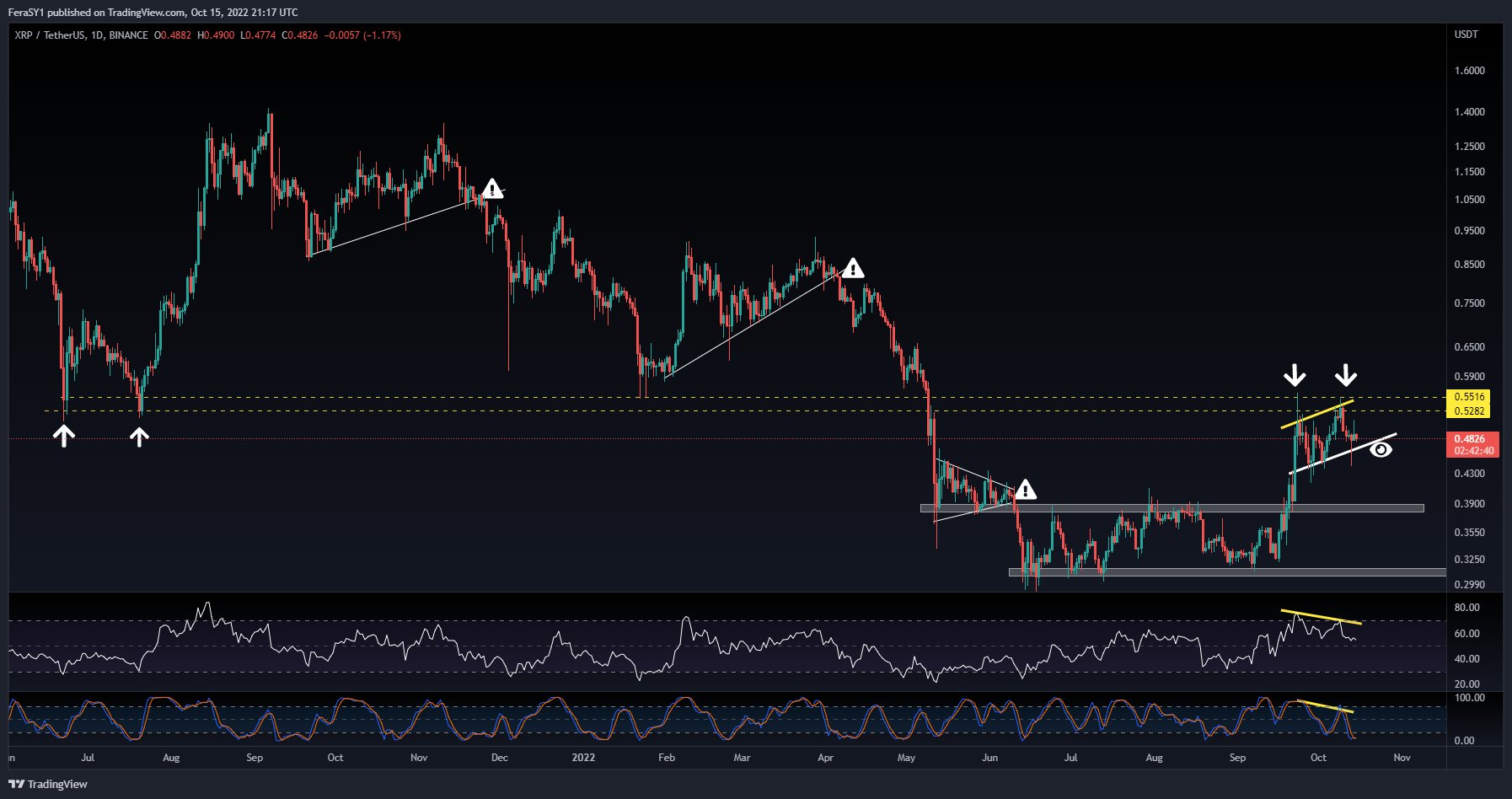